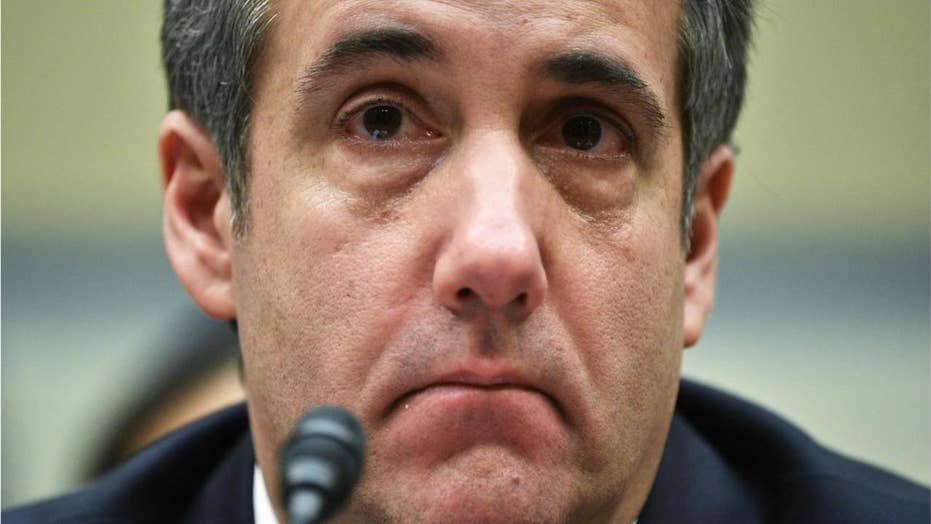 Hollywood, like the rest of the world, was captivated by the testimony of Donald Trump’s former personal lawyer Michael Cohen before Congress on Wednesday. Here's how celebs responded on Twitter.

It seems Hollywood, like the rest of the world, is captivated by the testimony of Donald Trump’s former personal lawyer Michael Cohen before Congress on Wednesday.

Stars far and wide took to Twitter during and after the live testimony to share their thoughts on what Cohen had to say and what it means for the president.

Alec Baldwin was among the first to kick off the cavalcade of Cohen tweets by suggesting that he should receive a top honor for his testimony.

“I don’t know if Michael Cohen is truthful, but if he is, he should get the Congressional Medal of Honor for finally...finally...moving us toward the end of this nightmare,” Baldwin wrote.

"Anything worth watching on TV today?" wrote "Star Wars" actor Mark Hamill, along with a gif image of The Joker (a voice he portrays) eating popcorn.

"Star Trek" actor George Takei made a similar joke, posting a photo of himself ready to watch the testimony.

"Who's watching the Michael Cohen testimony?" he wrote along with a picture of himself with popcorn as well.

"Avengers" actor Mark Ruffalo pointed out what he sees as hypocrisy on the right.

"This s--- is MAYHEM," wrote "Whose Line Is It Anyway" host Aisha Tyler.

"This Cohen testimony has shown me a lot of things, but mostly that these rich white men could benefit from a nightly moisturizing routine," wrote comedian Chelsea Handler.

"Will & Grace" star Debra Messing simply posted a quote from the testimony about Trump's alleged knowledge of the DNC email hack.

Alyssa Milano shared a video from "Vice" in which Cohen alleges that Trump is a racist.

"Reminder: He’s speaking of the President Of The United States of America," she wrote.

"The putrescent Republican Committee members are not interested in the truth," wrote actor Sean Astin. "If a lying, cheating, convicted felon eats a sandwich and ya want to know if the chef is poisoning food, it doesn’t matter that the criminal lied about bank fraud."

"oh the gop is pissed and we haven’t even started... this is gonna be good - trump is going down - OH HAPPY DAY !!!" wrote Trump rival Rosie O'Donnell.

Bette Midler wrote her rebuke in all caps saying: "THE #RIGHTWINGERS ON THE COMMITTEE SEEM DETERMINED TO DISCREDIT MICHAEL COHEN; THAT'S ALL THEY HAVE.  THEY DON'T GIVE A DAMN ABOUT THE TRUTH...CIRCLING THE WAGONS, AND IT LOOKS LIKE THEY WANT TO THROW THE AMERICAN PEOPLE ARE UNDER THE BUS AGAIN."

"The lowest of low is @Jim_Jordan   Your behavior and words are disgusting Sir.   You are on the wrong side of history," wrote Michael Kelly.

"How hard do you think it must be to keep a straight face while saying that Michael Cohen is a liar while defending Donald Trump who literally cannot breathe without lying?" wrote actor Josh Gad.

"These simple monotone “no’s” that @MichaelCohen212 is giving every time the histrionic Republicans ask if he’s gonna agree to not make money from his time with Tang are #ComedyGold," wrote actress Yvette Nicole Brown.

"It's interesting, and all (I guess?), but are we learning anything that any human of any sense at all didn't already know?
That DT is a fraud, a swindler, who overstated his wealth, employed glorified hoods, and lied about paying off women?
Is there another scoop here?" wrote former "Sex and the City" star Evan Handler.

Don Cheadle posted a sarcastic quote in response to the GOP.

"When they scream “Michael Cohen is a criminal liar!!” remind them: Michael Cohen brought receipts," wrote "Two and a Half Men" star Jon Cryer.