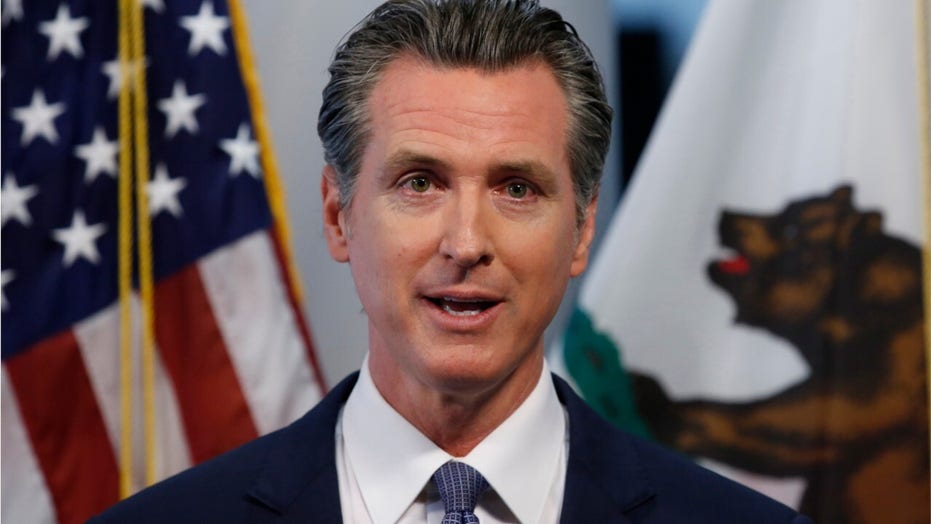 Who is Gavin Newsom? Here are 4 facts about California's governor

California Governor Gavin Newsom has taken on a leading role in responding to the COVID-19 pandemic. Here are four interesting facts about the governor.

"Real Time" host Bill Maher blasted President Trump during Friday night's show, accusing him of "favoring" states that shower his administration with praise in order for them to receive much-needed medical supplies amid the coronavirus outbreak.

"I find one of the most galling parts about this is that the president is favoring certain states over the others. Governors who are 'nice' to him, as he calls it, get a lot of attention and all of the equipment they want," Maher said to Sen. Bernie Sanders, I-Vt., during a pre-taped interview.

"To me, this is even more of an impeachable offense than what he did with Ukraine or Russia," Maher added.

Trump faced his impeachment trial earlier this year and was ultimately acquitted after being accused of trying to pressure Ukraine into announcing an investigation into his likely 2020 rival, former Vice President Joe Biden. Maher previously suggested the president should be impeached for actions scrutinized during the Russia investigation.

"It is literally beyond comprehension," Sanders responded. "I mean, you know, we have a president who has done so much harm in this entire process ... but to answer your question, Congress has got to step up to the plate and step up big-time."

President Trump had repeatedly praised his partnership with Democratic California Gov. Gavin Newsom, who said in a recent interview that the president has been "responsive" to the Golden State's needs.