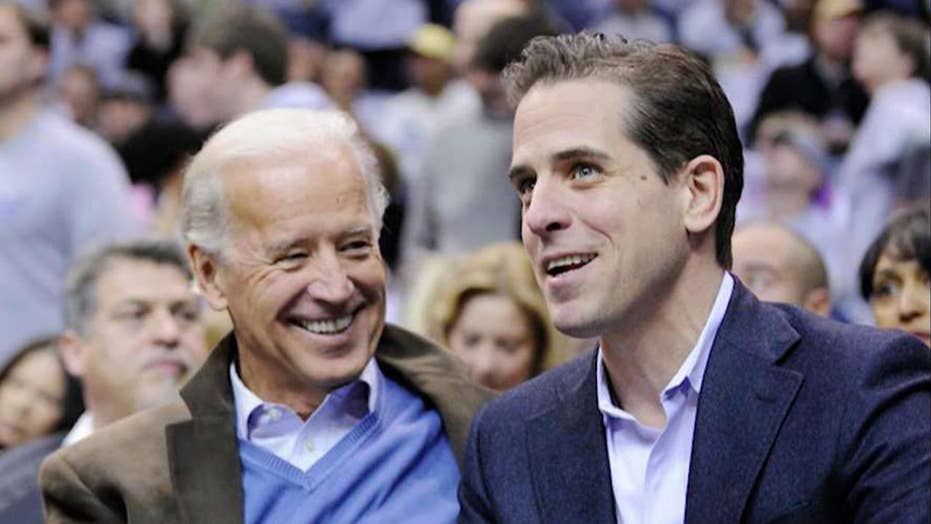 Michael Pillsbury, Hudson Institute's director of the Center for Chinese Strategy, weighs in.

Former Vice President Joe Biden said on Wednesday night that it's "awful hard" to not view President Trump's actions with Ukraine as "impeachable" and that he will continue to focus on "beating him" in 2020.

Appearing on "Jimmy Kimmel Live," Biden began by rating the "outlandish news cycle" with an "18 out of 10" and calling the controversy surrounding Trump's communications with Ukrainian President Volodymyr Zelensky "bizarre."

"Rudy Giuliani is a great character witness the president has," Biden joked.

Biden told ABC host Jimmy Kimmel that there's "not one single, solitary, legitimate journalist in the world" that has given credibility to Trump's accusations and expressed that he's "worried about all the families that can't take care of themselves."

"Look, we want to get his attention. I have 70 polls in a row showing me beating him, and that all of sudden gets his attention," Biden said. "And so I think that's why I'm the object of his attention."

The 2020 frontrunner offered a reaction to the newly-released transcript of Trump's conversation with Zelensky, calling the president wanting the Department of Justice involved a "blatant abuse of power."

"Based on the material that they acknowledged today, it seems to me that it's awful hard to avoid the conclusion that it is an impeachable offense and a violation of constitutional responsibility," Biden responded. "But look, I am confident in the ability of the House and Senate to deal with this. My job is to go out and flat-beat him."