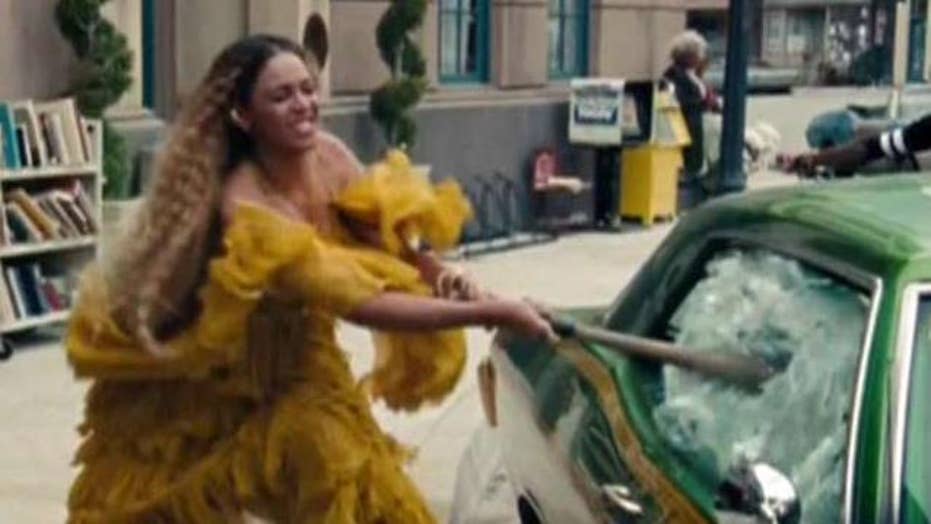 Reaction from Robi Ludwig, author of 'Your Best Age Is Now'

A fashion designer who was once rumored to be Jay Z’s lover took an apparent swipe at his wife, Beyoncé, on Instagram — just after Queen Bey released a new song hinting at the alleged infidelity.

In her new tune “Sorry,’’ released Saturday night as part of a new album, “Lemonade,” Beyoncé sings, “He only want me when I’m not there. He better call Becky with the good hair.’’

Designer Rachel Roy, who has been linked to Jay Z in the past, then posted a grinning selfie on Instagram with the caption, “Good hair don’t care, but we will take good lighting, for selfies, or self truths, always.

“Becky” is often used as a slang term for a white “Valley girl” type and “good hair’’ is a black colloquialism for straight hair.

“I think we found Becky!’’ someone commented on Roy’s posting.

Another wrote, “Becky’s gonna have her hair and the whole career gone.’’

But the designer then posted another message on Twitter that seemed to take on Bey once more.


“I respect love, marriages, families and strength. What shouldn’t be tolerated by anyone, no matter what, is bullying, of any kind,” Roy wrote.

Roy’s relationship with Jay Z has fueled rumors for years and was alleged to be behind the infamous elevator scufflebetween Beyoncé’s sister, Solange Knowles, and the rapper in 2014 after the Met Ball in Manhattan.

Music-industry insiders say that Jay Z and Beyoncé may be reveling in the drama-fueled attention.

“The album was released on Tidal, Jay’s streaming service, and what better way to draw attention to Beyoncé’s album release than to hint at all the speculation about past problems in their marriage,’’ a source said.

And a source who knows Roy told The Post that the designer may have eagerly inserted herself into the fray.

“She loves the attention and being in the headlines. I’m not surprised she would jump on this, especially after [what happened after] The Met,’’ the source said. “It’s embarrassing, but Rachel loves press.”

“Sorry’’ is one of several adultery-alluding songs on the album.

“You know I give you life, if you try this s–t again you’re gonna lose your wife,” she sings on track three, “Don’t Hurt Yourself,” as footage in an accompanying music video depicts her casting off her wedding ring.

“Ashes to ashes, dust to side chicks,” she later sings.

When Jay Z appears near the end of the video, the lyrics espouse forgiveness — with a shot showing the rapper literally kissing his wife’s feet.

Representatives for Bey, Jay and Roy did not respond to requests for comment.