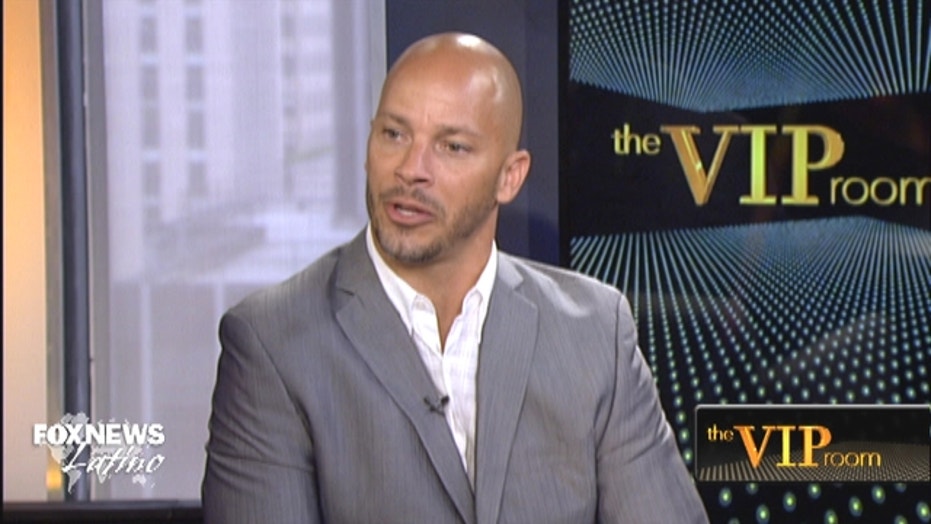 Berto Colon spices up ‘Orange Is the New Black’

Actor Berto Colon described Cesar as an “honest thug” who is a lot of fun to play.

Berto Colon made a splash on Netflix’s “Orange Is the New Black” playing drug dealer Cesar, the man responsible for both Aleida (Elizabeth Rodriguez) and her daughter Daynara (Dascha Polanco) being in prison.

Although Colon only appeared in a handful of episodes in the hit show’s first season – and his character was barely mentioned in season 2 – the Puerto Rican actor is back to his skiving ways this season.

The 42-year-old Boricua actor described Cesar as an “honest thug” who is a lot of fun to play.

“There is a lot of freedom on this show to take liberties and be honest,” Colon said.

The actor, who moved from Puerto Rico to the U.S. as a teenager, said he doesn’t particularly relate to Cesar’s life, but pulls from his own experiences and those of people he knows who are in similar circumstances to Cesar's to make his character as truthful as possible.

“At the end of the day, you can see yourself through the work, but it’s not your stuff. It’s not you,” he said.

Colon said everyone on the cast has been blown away by the show’s success and feel fortunate to be part of it.

“It’s blown up worldwide,” Colon said. “You have people who are rooting for you every time you’re on set, and we just feel lucky. It’s a surreal feeling.”