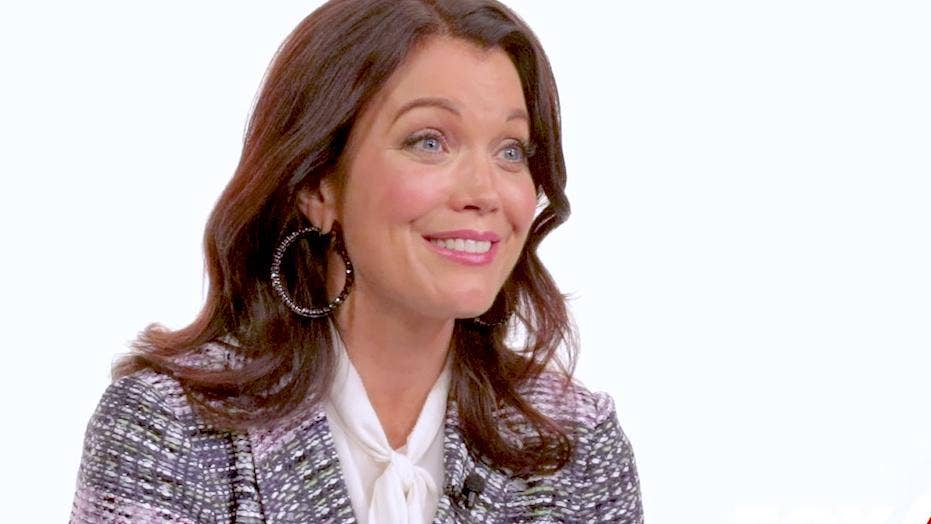 ‘Scandal’ actress Bellamy Young, who stars as President Mellie Grant in the hit political drama, explains why the cast is heartbroken over the series coming to an end.

If there’s someone who isn’t ready to give up "the greatest job in the world," it’s Bellamy Young.

The 47-year-old stars as Mellie Grant, or America’s first female president, on ABC’s hit series “Scandal.” However, the popular political drama is officially ending after its seventh season, which will wrap up in 2018.

“No, I’ll never be ready to say goodbye to these people,” the actress told Fox News. “I’m so interested in all of them. I’m so invested. But, it’s nice I guess to leave the party while everyone still loves you… It’s going to be hard to say goodbye.

"We’re sad all the time, but just really delighted in this extra year. You know, we asked [creator] Shonda [Rhimes] at the beginning of the year if the show was going to wrap up the way she thought... And she said, ‘No, I thought it would end at the inauguration. This is a whole extra year.’ Because the world changed, and so we’re just savoring, savoring every little extra we get."

And one person Young will miss after “Scandal” comes to end? The show’s leading lady Kerry Washington, who plays Olivia Pope.

“Kerry Washington is one of the best humans on the planet,” gushed Young. “We’ve had the most indomitable, tireless leader in Kerry… She has always thought of herself as the quarterback of the team. And she is.

"You know, I remember when she was on a press junket for ‘Django,’ like our second season. And I got a text from her when she was in Italy to make sure I had shoes to wear for a brunch that was truly not important… She knows, she cares, she’s in it with you. And she will just be a lifelong friend.”

Young said it’s easy to develop a bond with Washington because the 40-year-old loves lifting everyone’s spirits on set — even when they’re ready to throw in the towel.

“She’s very tiny… [but] louder than you can even fathom,” said Young. “So we’ve been working 17 hours and everybody is just wilted in the corner and sipping cocoa, and she’s just, ‘Okay people! We can do this!’ She’s right there and huge, and you can’t do anything, but smile and giggle and stand up and do your work.”

But Young isn’t sitting back and grieving over the final episodes of “Scandal” to come. In fact, she doesn’t even know how the story will unfold next week. However, one thing she is grateful for is still being able to portray the most important role in the country as a woman.

“It feels extraordinary,” she explained. “In the middle of campaigning as Mellie, something clicked and I just so much wanted it for her. I wanted her to be president. I [didn’t] think that’s where the show was going. But then the world changed and circumstances have found her in the Oval. And it’s just a delight.

"There’s so many female presidents on television right now. And it’s nice to be a part of acclimating our country to the idea of women being in power. We’re a little bit behind the rest of the world in that regard. And I know how much it meant for me to see Dennis Haysbert in office every week on ’24.’ And when it comes to your home once a week, a few times a week, it becomes something normal.”

But not everything on the set of “Scandal” has been a joy for Young. During her time filming, she discovered a health issue that was affecting her vision — a major setback when you’re an actress who has to rely on studying the expressions of others to convey the gripping scenes the series has become famous for.

“I’ve been so lucky to have this job for a few years now, and we spend a lot of time under lights... and in very sort of old, dusty studios,” she explained. “I thought that it was just a natural thing that I was having a lot of trouble with my eyes. I’d go through bottle after bottle of artificial tears, and I’d switched contact brands frequently and I thought, ‘Well, maybe between where I am and just getting a little older, maybe this is just what your eyes do.’”

After suffering from constant itchiness, redness and blurry vision, Young was diagnosed with having chronic dry eye. She’s currently using Restasis Multidose to treat her symptoms while on set.

Young admitted she is looking forward to what the New Year holds for her. She is currently filming “A Wrinkle in Time,” which is based on the classic fantasy novel, alongside Reese Witherspoon, Oprah and Chris Pine.

And if that’s not enough to keep her busy, the North Carolina-native is determined to return to her roots as a singer. It’s her way of keeping the memories of her Southern upbringing alive while in Hollywood.

“I mean, it’s hard to complain about LA, I know,” she said. “But I miss the reasons… Having to shovel snow, it’s wonderful. I just love it. And the food. The people. And in Asheville, where I grew up, there’s just so much music. I really love it.”

But for now, Young has business to take care of in Washington.

“You know, Mellie was president in her own mind she since she was in diapers so I think she concerns herself less — it’s more of an annoyance for her to be noticed for what she’s wearing or how her looks or whatever,” said Young.