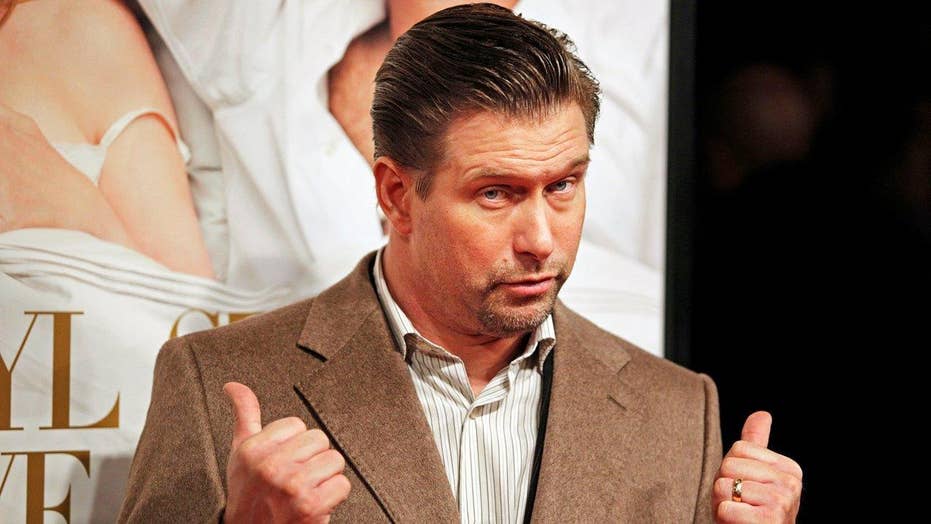 Actor says they're just having fun

Thanksgiving dinner at the Baldwins should be a doozy!

Alec Baldwin and Billy Baldwin are at odds with brother Stephen Baldwin over Stephen’s decision to support Donald Trump in the upcoming election.

Stephen told FOX Business Friday morning, "If Alec and Billy don't see the corruption or if they're willing to look the other way like so many other people, that's on them."

Stephen made his remarks after newly surfaced tweets from earlier this month show Billy went after him over his younger brother’s take on the election. Alec, 58 -- who parodies Trump on "Saturday Night Live" -- and Stephen, 50, have also clashed about the upcoming election.

Stephen tweeted, "If my father were alive today (a veteran) He would be ashamed & disgusted of media biased & manipulation by people like @andersoncooper."

Billy, 53, fired back at his brother saying, "@StephenBaldwin7 @andersoncooper If our father were alive today… he'd smack you in the side of the head for supporting Donald Trump."

The Cincinnati Inquirer endorsed a Democrat (Hillary Clinton) for the first time in over a century.

@StephenBaldwin7
Liberal media bias?
The Arizona Republic endorsed a Democrat (Hillary Clinton) for the 1st time in their 150 your history.

@StephenBaldwin7 @andersoncooper
Liberal media bias?
The Columbus Dispatch endorsed a Democrat for the first time in their history.

@StephenBaldwin7 @andersoncooper
The USA Today endorsed a presidential candidate (Hillary Clinton) for the first time in their history.

@StephenBaldwin7 @andersoncooper
All referring to Donald Trump as: "Unstable"
"A clear and present danger to national security."

@StephenBaldwin7 @andersoncooper
"A malignant clown."
"A morally bankrupt narcissist." and...

@StephenBaldwin7 @andersoncooper
"The worst candidate to be nominated by a major political party in American history."
Liberal media bias?

But Billy didn't stop there. He followed up with several additional tweets about his brother's politics.

Upcoming holidays w/my bro's? 4 me it might be turkey w/the Trumps one thing's for sure ... #TrumpTurkeyHug… https://t.co/ML9WaJ3Sr5

Stephen responded by saying Thanksgiving dinner this year might be a tad awkward.

“Well [Alec's] got the voice down very well. I think it’s getting a little too nasty right now,” Stephen told CBS News. "I don’t want to be a party pooper here, but I don’t think it’s very funny. I don’t think there’s anything funny about this election."

During the most recent "SNL" debate parody, Alec poked fun at Stephen, sarcastically calling him the "best Baldwin brother."