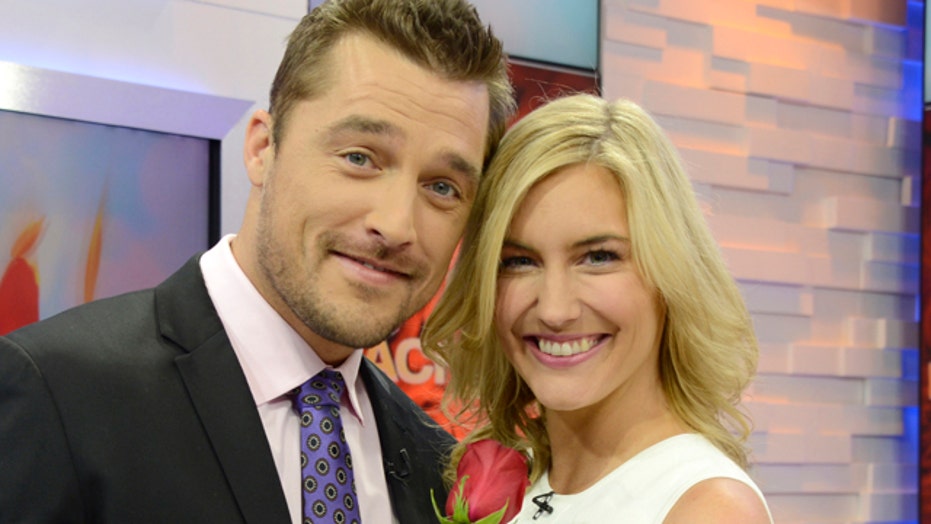 Chris Soules says goodbye on 'Dancing with the Stars'

Chris Soules got teary-eyed after he was booted from “Dancing with the Stars” on Tuesday night (along with Robert Herjavec in a double elimination).

And sadly, “The Bachelor” star’s fiancée Whitney Bischoff wasn’t there to comfort him as he and pro partner Witney Carson said their goodbyes at the hit ABC reality show.

As FOX411 already reported, Soules said Bischoff couldn’t attend “DWTS” this week as she was with family members marking the anniversary of her mother’s tragic death ten years ago.

On Tuesday, Soules told reporters backstage, “She’s definitely bummed I’m sure that this was the final dance and she wasn’t able to be here but she was doing things for herself. She was with her family where she should be.”

The Arlington, Iowa farmer said he was eager to move forward in their relationship now that his “DWTS” time is done.

Soules told FOX411 that Bischoff, a Chicago fertility nurse, should be able to visit him in Iowa: “Absolutely, it’s a lot closer than L.A. [where “DWTS” is taped] so it’s just a short commute to Iowa for her and I think we’ll both be more comfortable whether it’s Arlington or Chicago; it’s more home for us. We’re Midwestern people so I’m excited to have that part of my life start to happen, start to work on our relationship.”

The reality TV hunk also said there could be a more exotic trip in their future: “My sister lives in Dublin now with her family ... my next plan is to ... figure out a time when Whitney and I can go to Dublin.”

He added of Bischoff, “She can work from anywhere. She’ll be able to work from Arlington or wherever. She’s still working for the same company, they put her in a somewhat different role because of her newfound recognition.

“The goal is to start building a life in Arlington. We’re both looking forward to being out of the spotlight and Arlington’s the best place to do that.”

Soules said that now, after starring on two reality shows, he will focus on farming: “I’m going to be able to get back to normal and get back to work. My family needs me back there; we’re in the middle of planting season which is one of the most important times of the year for us.”

Backstage, Soules told FOX411 of his emotional on-camera reaction after it was announced he would be eliminated from “DWTS.”

His devoted partner Carson said, “I’m really proud of Chris. I honestly never thought we’d make it to week eight and that’s pretty incredible for someone like Chris, [having] no dance experience at all.”

Both Soules and Carson said the best thing about the season was building their friendship (“DWTS” footage aired on Tuesday showed the pair telling each other “I love you”).

Carson, who will perform on the “DWTS” tour starting this June, laughed that they would keep in touch but told him in front of reporters, “I’m not going to go to Iowa, sorry.”

But then she remembered that Iowa will be one of the tour stops, and said, “I’ll come and visit you and we can do a little reunion dance.”

Judges called him the celebrity who’d shown most improvement this season, and he told reporters, “I was very disappointed I didn’t make it to the end. This is a tough pill to swallow. But life goes on. It’s been an unforgettable experience.”

Soules said he’d “never say never” to doing another reality show, but stressed, “My goal is to get back to doing what I love to do, which is farming.”

WATCH: Four4Four: Is Black Widow from 'Avengers' a 'slut'?