Ashley Tisdale finally got a chance to make a scene with a big-time director. And she jumped on it.

“Thanks @ThatKevinSmith for scratching my mirror on my car and not stopping. Classy move neighbor!” she tweeted, referring to a fender bender with Kevin Smith in the Hollywood Hills.

Smith replied, “Apologies — I drive like Cruella de Vil in the Hills! However, I *did * do a courtesy stop. Then when you pulled away first, I was like ‘That’s soooo Sharpay,’” he said, nodding to her “High School Musical” character.

She accepted the apology and wrote, “HA!” with a smiley face. 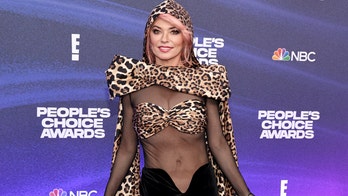