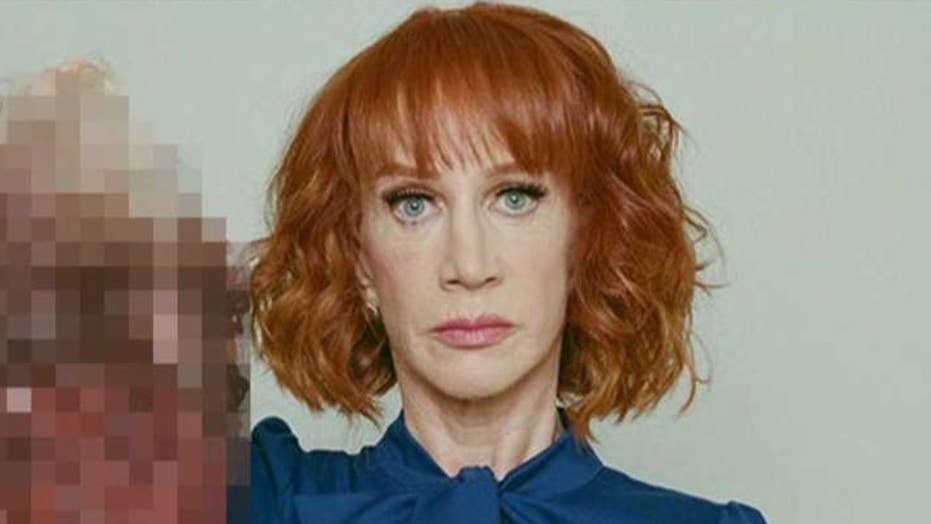 After photo with bloody mask of president

“She and I have been friends for a long time and I want nothing but good things for her,” the 50-year-old CNN anchorman said, via USA Today.

The 56-year-old Griffin sparked backlash in late May when a photo shoot with controversial photographer Tyler Shields depicted her holding a bloodied mask of President Trump. After the photo went viral, Cooper posted his disapproval on Twitter.

While Griffin ultimately apologized on Twitter, CNN expressed disappointment over the gory image and said it was “evaluating” whether she would continue to participate in the network’s annual New Year’s Eve coverage alongside Cooper.

“We found what she did disgusting and offensive,” a CNN spokesperson said in a statement. “We are pleased to see she has apologized and asked that the photos be taken down. We are evaluating New Year’s Eve and have made no decisions at this point.

Soon after, CNN publicly fired Griffin. Sources said Griffin had expected Cooper to stand by her after working together for 10 years.

“Kathy totally misjudged this. She truly believed that Anderson would stick up for her,” said the source. “She considered him a friend. While she has nobody to blame by herself, she feels somehow betrayed.”

Cooper opened up about the friendship.

“I don’t want anybody’s career to be destroyed because they do something unfortunate and inappropriate, but yeah, I thought what she did was inappropriate,” he explained. “You know, I think I said that I thought it was completely inappropriate and I didn’t approve it in any way, and I think when you’re friends with somebody you can say that.”

Cooper also revealed that when the photo initially appeared, people began tagging him on social media, prompting him to set the record straight.

“People were assuming I was somehow responsible for this and I just felt I should point out that I actually think this is pretty important as somebody who works overseas and, you know, journalists get beheaded and this is not a joke,” he said.

Cooper also added, “Anyway, I said that and CNN made the decision not to bring her back. I had nothing to do with it, but I certainly understand why they made that decision. And look, I wish her well and I hope she bounces back and keeps doing what she does best, which is make people laugh.”

Griffin appeared in a tearful press conference on June 2nd where she choked up when asked if CNN pressured Cooper into sending the tweet.

“Kathy and I are friends and we work together before, so when we started doing this shoot, she said, ‘I’d love to do something political. I’d love to make a statement,’” he explained. “We kind of figured out what would be the best image to make out of that.”

Shields added the image was meant to serve as art and he’s aware that it could make some viewers uncomfortable.

Griffin admitted on Twitter the image “went too far,” but Shields doesn’t regret the collaboration.

“I can’t speak for her, [but] I know she loves to stir the pot,” he said. “For me, I love the idea we have freedom of speech. The fact that I’m allowed to make an image like this says a lot. To me, that’s a powerful thing… nobody’s killed me for this image so it’s not that bad. I love Kathy and I hope they let me visit her in Guantanamo.”