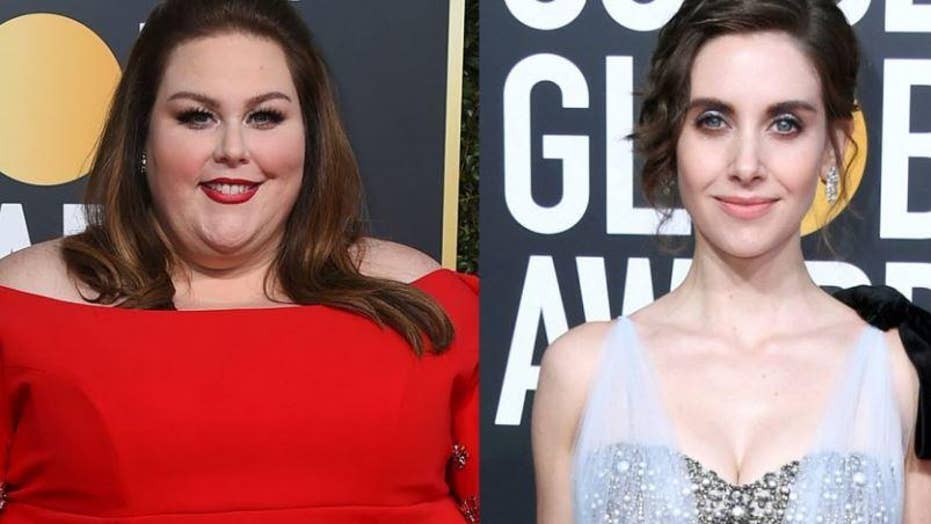 Did Chrissy Metz really call out Alison Brie at the 2019 Golden Globe Awards?

Did 'This is Us' actress Chrissy Metz really call out fellow actress Alison Brie at the 2019 Golden Globe Awards?

Alison Brie took to social media Sunday night to set the record straight about her friendship with actress Chrissy Metz.

The “Glow” star said she has “nothing but love” after Metz was accused of calling Brie “such a b---h” during a Golden Globe Awards red carpet interview on Facebook’s pre-show.

“Nothing but love for @chrissymetz!! Rumors can’t keep us down!” Brie wrote in her Instagram stories along with a photo of her and the “This Is Us” star.

On her Instagram stories, Alison Brie shared this photo of her and Chrissy Metz at the 24th Annual Screen Actors Guild Awards to set the record straight about her friendship with the "This Is Us" star. (Getty Images)

"Do you know a girl named Alison Brie?" one of the co-hosts asked Metz to which she replied, "Do I?"

The camera panned to Brie and that's when many fans say they heard Metz say, "she's such a b---h" but others said the words were not easily distinguishable.

Metz later denied making the comment, writing on Twitter: “It’s terribly unfortunate anyone would think much less run a story that was completely fabricated! I adore Alison and would never say a bad word about her, or anyone! I sure hope she knows my heart.”

Metz also told People that she’s “so distraught and upset” by the alleged rude comment.

“I don’t speak about anyone like that I don’t speak like that. I love Alison, I follow her,” Metz said. “When I was walking up they said, ‘Do you know Alison,’ and I said, ‘Oh boy, do I.’ I love her.”

Brie told Vanity Fair reporter Nicole Sperling that she and Metz spoke Sunday on the red carpet and was unaware of the incident.

“But why? I know her. I saw her on the carpet and I told her how beautiful she looked,” Brie said.