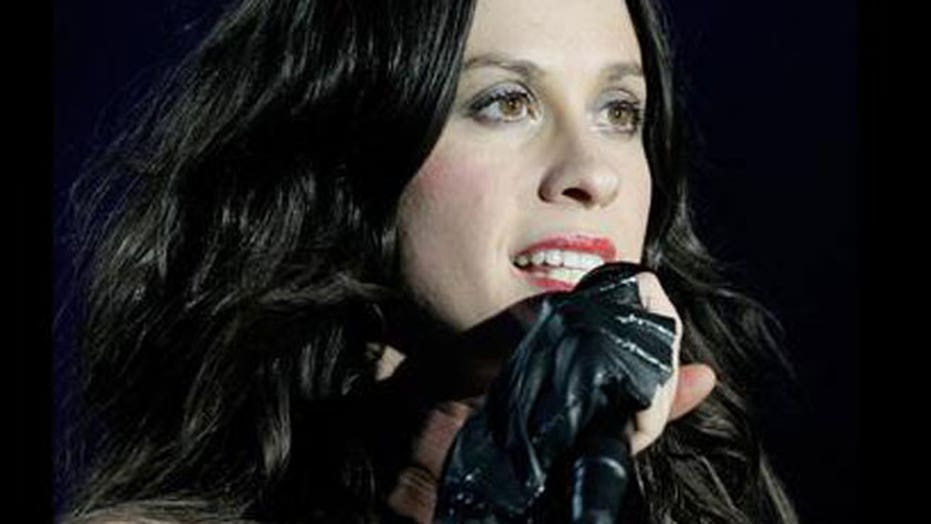 Alanis Morrisette had a tough journey filled with “a bunch of miscarriages” in order to have her three children.

The 46-year-old singer opened up in a recent interview about her tear-filled experiences while trying to conceive.

“Not all of it was the ideal situation,” Morrisette told Dax Shepard on his podcast "Armchair Expert" of her journey to have kids. “I'm an optimist who will get depressed and cry, but at the end of the day, there's still that little light, that little star of Bethlehem keeps dangling over there.”

Morrisette added that she went through “surprises and then devastations” over the years while she tried to have more children.  “But, I mean, I do trust. I have this trust pilot light thing that keeps cooking along -- even when there's a torrential downpour, it's still flickering -- of hope and faith and vision for something to work out, whatever it is,” she told Shepard.

In June 2019, Morrisette opened up about her struggles to get pregnant in an interview with SELF.

“I had done tentacles of investigation on everything, from hormones to physicality, every rabbit hole one could go down to chase answers,” she said. “I have different doctors who laugh at the thickness of my files. So, for me I've tried every different version from heavily self-medicating, to formal allopathic medications, to now.”

The "Jagged Little Pill" singer also battled with depression following the birth of her children.

“My first two children, it was mostly depression, suicidal ideation, and anxiety,” she said in an interview with Health Magazine in April.

“But the depression was so in my face that the anxiety was just background music.” She added, “With [Winter], it’s mostly anxiety and almost no depression. I’ve come to understand that this is purely animal.”