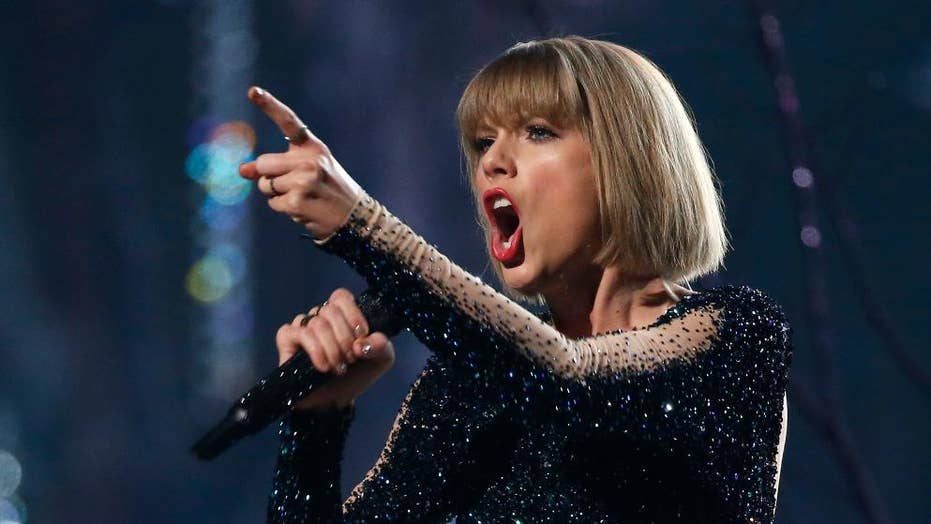 Since 2013, white supremacists lauded Taylor Swift as a symbol for their movement. Now after a blogger wrote an article linking the singer to their cause, Swift threatened legal action. The ACLU has come to the the author's defense citing free speech.

The ACLU and Taylor Swift are squaring off after the singer tried to get an article detailing how white supremacy movements have embraced her lyrics and music videos, and how her silence has exacerbated the matter, pulled from a website.

On Monday, the ACLU sent a letter to Swift's legal team arguing that an article posted by PopFront that links the star to the white supremacy movement should not be taken down -- as Swift has requested -- because the writer has the right to free speech.

Things kicked off on Sept. 5 when PopFront posted an article by Meghan Herning titled, “Swiftly to the alt-right: Taylor subtly gets the lower case kkk in formation.” In it, the writer suggests that white supremacists co-opting Swift's music as a message of support for their beliefs is no accident. The article declares that Swift’s silence on matters of politics is a statement in and of itself, and it calls upon her to formally denounce white supremacy.

“Silence in the face of injustice means support for the oppressor,” the article states.

The article goes on to suggest that lyrics from Swift’s songs and imagery from her videos is meant to embolden racists.

“Taylor’s lyrics in ‘Look What You Made Me Do’ seem to play to the same subtle, quiet white support of a racial hierarchy. Many on the alt-right see the song as part of a ‘re-awakening,’ in line with Trump’s rise,” the article reads. “At one point in the accompanying music video, Taylor lords over an army of models from a podium, akin to what Hitler had in Nazis Germany. The similarities are uncanny and unsettling.”

On Oct. 25, Herning received a letter from Swift’s attorneys demanding that the website issue a retraction and take the article down immediately, threatening a lawsuit if they did not remove it by Oct. 24, one day before the letter was dated.

According to Variety, Herning contacted the ACLU of Northern California for help, and on Monday the group sent a letter of its own, which it made public on the ACLU's website, arguing that Swift’s request is a violation of the first amendment.

“Ms. Herning and PopFront will not in any way accede to your attempt to suppress their constitutionally protected speech,” the letter from the ACLU reads. “The blog post is a mix of core political speech and critical commentary; it discusses current politics in this country, the recent rise of white supremacy, and the fact that some white supremacists have apparently embraced Ms. Swift, along with a critical interpretation of some of Ms. Swift’s music, lyrics, and videos.”

Later in the 6-page response to Swift’s attorney, the ACLU takes a jab at one of the artist’s lyrics saying, “Criticism is never pleasant, but a celebrity has to shake it off, even if the critique may damage her reputation.”

The ACLU issued its own deadline, telling Swift that her legal team has until Nov. 13 to decide if they’re planning to move forward with litigation or not.