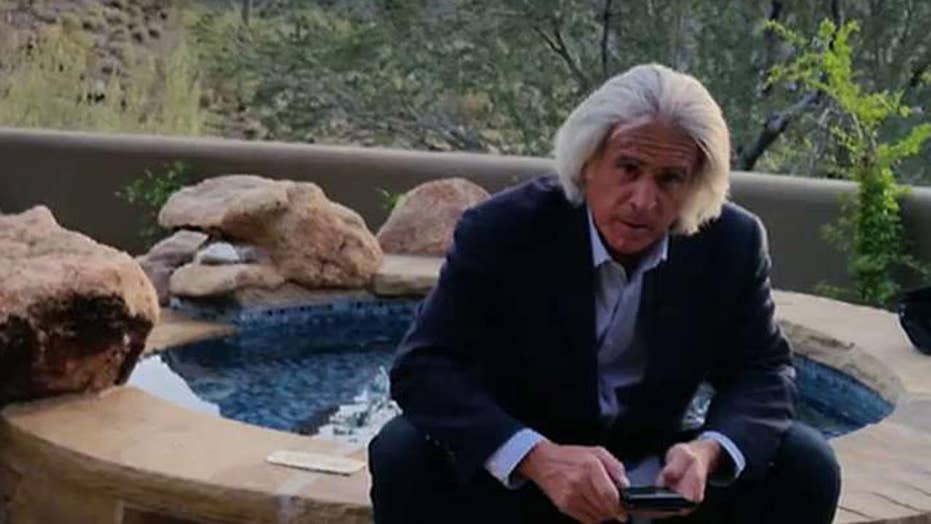 It was very early in the morning on Feb. 6. Keith Railey, a photographer for the Fox News Channel's Los Angeles bureau who had worked the "Property Man" series and countless other assignments with FNC Contributor Bob Massi, asked me for the latest on his condition.

I told him that Bob was having a hard time, and left it at that. But while walking back to my office, I had a terrible premonition something had happened.

I didn’t know what it was, but I remember thinking: “This is just awful.” Minutes later, the phone call came from a Massi family friend that will make me forever remember the day.

Bob didn’t make it. I walked into the office of Nancy Harmeyer, the VP/Bureau Chief, and a Massi friend, and closed the door.

Bob and I were assigned to the Scott Peterson trial in 2004. Bob had done countless live broadcasts from a studio, but covering a trial was different.

As his producer, I reviewed the process with him before his first hit. Then I got my first Massi-ism: “I’m picking up what you’re putting down.” He also told me, speaking about the case against Peterson in the same conversation, that “this jury is going to mark this guy absent.”

Then I thought, we are in trouble.

Later that day, Bob did his first live broadcast from outside the courthouse. It was TV magic.

His commentary was clear, concise, and entertaining. Soon the entire press corps covering the trial was marking everyone absent. Bob became a fixture for Fox News outside courthouses all over the country.

As the trial went on, we learned more Massi-ism’s. For example, when walking from the courthouse, if he saw something or someone who could get into some trouble, Bob would say, “there’s probable cause.” When he ordered dinner, he would have either chicken ... or chicken. Sometimes he would go crazy, and say “someone get me some chicken Milanese.”

As his visibility grew with the Petersen, Michael Jackson, and O.J. Simpson trials, so too did his relationships. Bob connected with everyone. As the gatekeeper and cheerleader for his beloved Las Vegas, he encouraged all of us to bring families to visit, so he could show off the city he loved so much.

And he really got to know us. Without asking, he would call my daughters after I had mentioned a career or personal issue. Turns out he had the whole world on speed dial.

During that period, in 2004, I had a bout with Non-Hodgkin’s lymphoma, which involved surgery and chemo. But Bob didn't just drop by. My phone rang every morning during treatments with the same question: “What are you doing?”

Fox News broadcast many messages of appreciation the day after Bob died.  Shepard Smith ended one heartfelt tribute by saying “Bob could do anything… He was a wonderful friend.”

Ed Henry, anchoring a show soon after Bob died, fought back tears when he said “Bob was modest. Despite his success, he would say 'I’m just an Italian kid who tries to push the boulder uphill every day.' "

Lauren Petterson, the SVP who runs "Fox and Friends," was also on Bob’s speed dial. She and I have communicated every day since he passed.

“I too, loved this man," she said in one of her emails. He was one of a kind. Made all of us better. Made us appreciate our family even more. Heaven is a better place with him in it.”

But those who worked directly with Bob - his photographers, satellite truck operators and producers, were hit the hardest. They were the people Bob respected the most: The crews who make the images and send them to your TV screen.

Rich Deanda, a satellite truck operator based in Los Angeles, spoke for all of them in a text message. “My heart breaks at the news of Bob’s passing. His huge smile, generosity and all-around love for life were always such a welcome sight for all of us who had the pleasure to have him touch our lives. The hole this leaves can only partially be filled with all the wonderful memories I have for him. Much love and please let his family know how much he meant to so many of us.”

Because of my previous health issues, Bob and I talked extensively at the beginning of his treatment. Our communication was intense.

Over time, as he became more ill, the direct communication became sporadic. Our last direct messaging was by text on Christmas Day. My text to him: “wish you nothing but good health, love from all the Fairs  - Merry Christmas.” Soon after came the text …”Merry Christmas.  Love You.”

The world loved you back Bob Massi. We’ll never be the same.

To honor Bob’s memory, the Massi family is asking for donations to two charities close to his heart: Building Homes for Heroes and the Nevada Childhood Cancer Foundation.

Don Fair is the Senior Coordinating Producer for Fox News Channel based in Los Angeles.