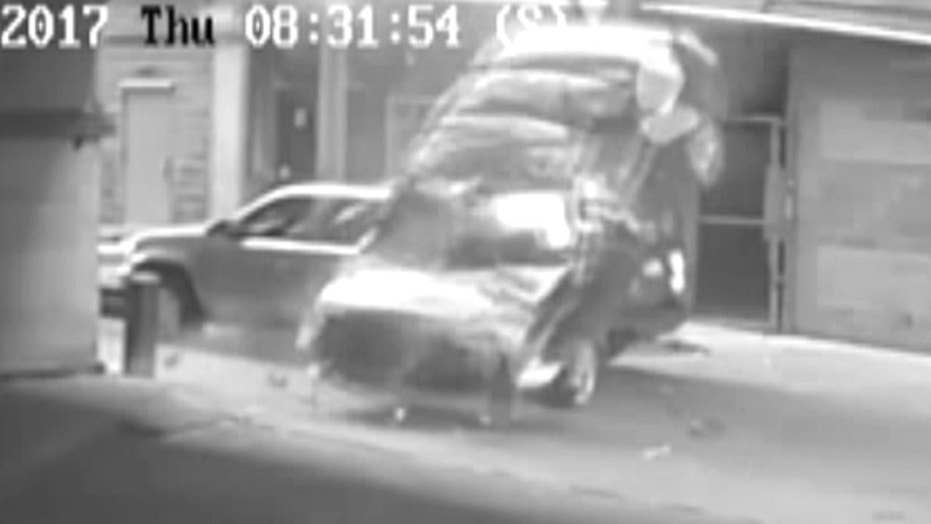 Police have released security camera footage of a BMW that fell seven stories off of a parking garage in downtown Austin, Tex., in July.

The driver suffered serious injuries in the incident, but she did survive.

Apparently, the driver mistook the gas pedal for the brake, and drove through the retention wires of the open walled building.

After slamming into the ground, the car hit a passing SUV, but inflicted only minor damage and did not injure its driver.

Last September, another car drove through the retention wires of the same garage and was left dangling nine stories in the air, but didn’t fall. Its occupant managed to get out and back to safety with the help of another driver who was on the parking deck when it happened.

The garage is currently closed as a structural engineer assesses the situation.