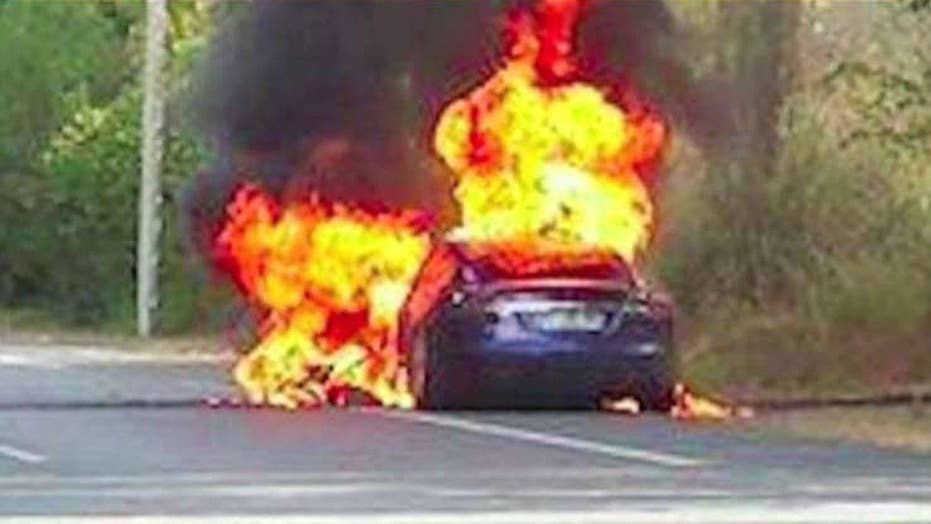 Video of a Tesla fire in France is spreading across the internet.

The clip was shot in the seaside city of Biarritz, where the car mysteriously caught fire during a test drive with a Tesla employee and two potential customers on board.

The driver told local paper Sud Ouest that they had been driving the Model S 90D for about 20 minutes when he heard a loud noise and the Tesla representative told him to pull over. The three got out, and within one minute “the car was ablaze.”

Five minutes later it was completely destroyed, according to the driver’s account, but no one was injured in the incident.

The cause of the fire is not yet known, but there are reports that the car displayed a “problem with charging” message when the noise was heard, although it was not plugged into a charger at the time of the incident.

Tesla says it is “working with authorities to determine the circumstances of the incident and offer our full cooperation,” but has not yet released any further information.

A small number of Teslas have caught fire previously due to damage to their battery packs and issues with charging, and the automaker has made several mechanical and software updates to prevent recurrences of those specific events.