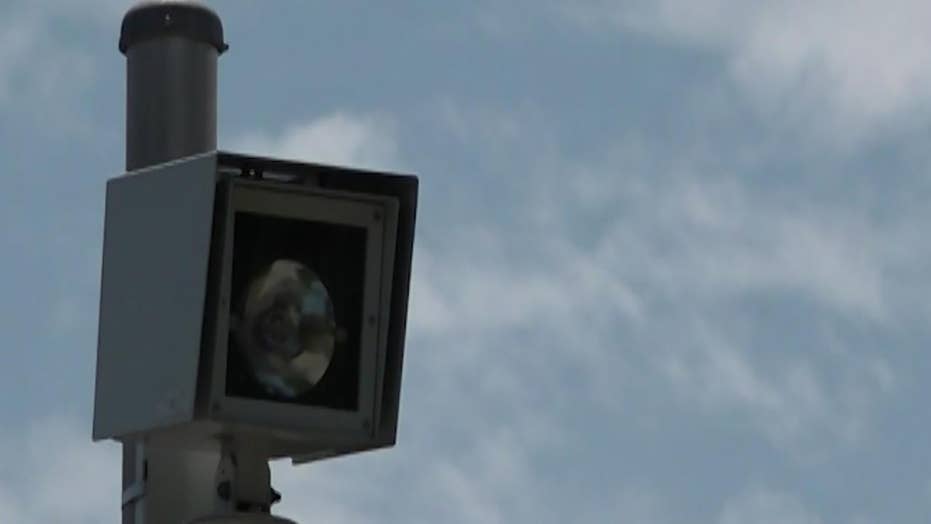 A New Orleans resident has been receiving speeding tickets for his truck that is legally parked in front of his house for years, now he’s hoping the city moves the traffic camera

A New Orleans resident has received several speeding tickets over the past few years for racing through town at the blistering speed of ... 0 mph.

Donald Schulz says he’s been issued at least 10 citations since 2011 for having his pickup truck legally parked along Canal Boulevard. The street has a 35 mph speed limit and a stationary traffic camera on the median.

“It’s a nuisance; I've had to take time out of my day several times and go down there and correct the situation,” Schulz told Fox News. “It got so bad that years ago I even had a [telephone] number of a person [in the traffic violations office] so that if I called them directly I didn’t have to go down there.”

The camera is pointed in the direction of Schulz parking space. A 20 mph limit is also enforced on a section of the street during school hours. (Shelia Schulz)

Photo evidence on the citations shows the violation being assigned to Schulz's truck, even though there are clearly other vehicles passing by on the roadway. The tickets have ranged from $75 to $110, and his wife and sister have also been cited while parked in the same location.

There are 45 permanent traffic cameras and 10 mobile traffic cameras located throughout the city. Schulz says others have experienced the same problem in other areas and there could be many more tickets like this to come.

A sign warns approaching cars to the presence of the camera. (Google Street View)

“This problem probably exist all throughout the city,” Schulz said. “When I went down there in 2013, an elderly gentleman was in the same situation.”

The city government told 4WWL that Schulz’s most recent ticket was dropped and that the contractor that handles the tickets will have its employees properly trained to manage the data it receives from the camera.

Schulz provided pictures of documents to Fox News that show his most recent ticket dismissal, dated April 5, and those he previously received. The comments section in the dismissal reads “Ticket error, car is parked [and] not speeding. Wrong car cited.”

Fox News reached out to the New Orleans Police Department and the city’s public works department for comment, but did not receive a response.