Upon its sale, this 1962 Ferrari 250 GTO will become the most expensive car ever traded. It was just listed for sale at £45 Million (roughly $56.4 Million), in Britain and has already received at least one offer.

This GTO, #3387GT, is the second one of 39 GTOs ever built and the first to race, debuting and finishing second overall at the 1962 Sebring 12 Hours in the hands of Phil Hill and Olivier Gendebien. It was sold shortly thereafter and promptly entered in the 24 Hours of Le Mans by its new owner, Robert Grossman. The car finished in sixth place there, when Grossman teamed with Edward “Fireball” Roberts. In all, the car raced 27 times and earned 17 class podiums.

Its extraordinary asking price is tied to its scarcity, provenance and performance (still fast after more than fifty years – 0-60 mph in about six seconds and capable of more than 170 mph). A British newspaper, The Telegraph, quotes John Collins, who runs Ascot-based Ferrari specialist Talacrest (the seller), “It is a beautiful Ferrari, the Holy Grail of classic cars and it has a great racing history.”

According to Hagerty’s Vice President of Valuation Services, Brian Rabold, “The 250 GTO is absolutely one of the most collectible cars in the world and they rarely trade in the public eye. This particular example shows good history with a realistic asking price of $56 Million, which would set a new bar for any car. While much of the collector car market has been leveling out over the past 18 months, this illustrates that ‘best of the best’ examples remain in high demand. With only 39 built, there just aren’t enough available for all who want one.”

While other Ferrari GTOs pop up occasionally, the last public sale of a GTO was in August 2014 when Bonhams sold #3851GT for $38 Million and change, it is uncommon for them to sell publicly. Bloomberg says that GTO #5111GT sold for $52 Million in 2013, making it the current record holder for most expensive car ever sold.

Bernie Carl of Washington state has owned this car since 1997 and used it on tours with some frequency. Talacrest’s website says that “as such the car has had visibility with the collector Ferrari community throughout it’s [sic] life.”

And, if you need any further motivation, “It will get you on the Ferrari 70th anniversary tour next year” Collins says.

Return of the Shelby Daytona: 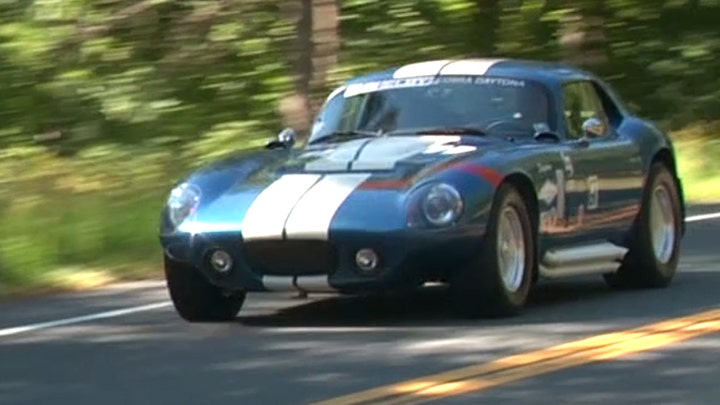