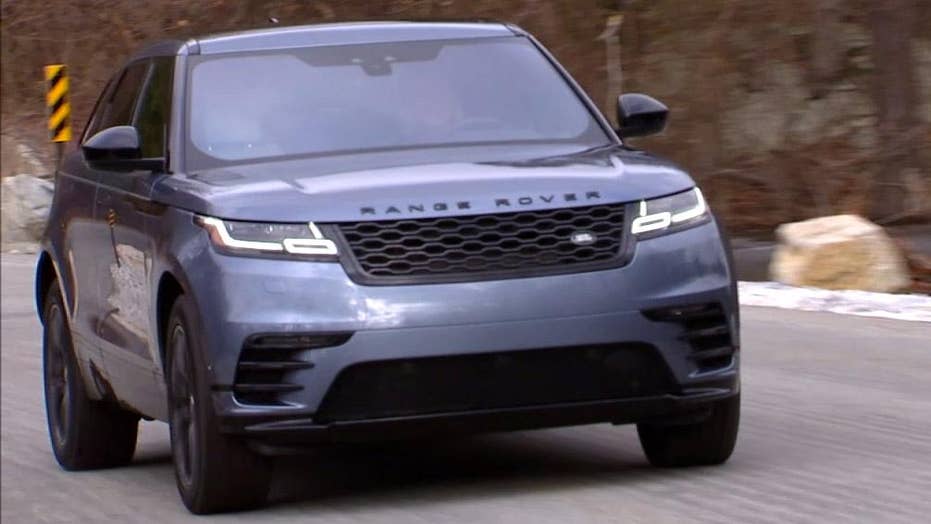 The 2018 Range Rover Velar is a sexy utility vehicle

The 2018 Range Rover Velar is the chicest way to go off-road says FoxNews.com Automotive Editor Gary Gastelu, but would you want to take it there?

Land Rover is thinking about building a car. Not in the generic sense, but an actual car.

That’s according to the folks at Autocar, who claim to have the inside scoop on a so-called Road Rover that will be revealed later this year. It won’t be a sedan or a coupe, but more of a fancy station wagon with a rugged edge. It will be closer to a car than an SUV, however, and something Land Rover has never made before.

Except that it kind of has.

The new Land Rover Range Rover Velar shares its underpinnings with the Jaguar F-Pace, which in turn takes them from the Jaguar XF and XE sedans. That makes it a true crossover. Range Rover’s first.

The $50,990 compact utility looks like you’d expect a Range Rover to, at least until you look closer and realize that it stands a little lower than most and has the smoothest bodywork you've ever seen. This impression is helped by pop-out door handles that you have to trust that they tested somewhere cold and snowy, because they look ripe to get stuck. Get crazy with the options -- $8,580 aluminum flake paint, anyone? – and you can turn the Velar into a six-figure SUV.

Available engines include a 247 hp 2.0-liter turbocharged four cylinder, a 30 mpg diesel and a 380 hp 3.0-liter supercharged V6 that’s not the quietest, but is lively. All-wheel-drive is standard, and an optional adjustable air suspension adds a level or two of extra off-road capability.

The interior features the brand’s signature boutique hotel bar styling, with luscious leather, glossy inserts and metal trim. There’s a digital instrument cluster and not one, but two displays on the center console. The top is used for the navigation system, 360-degree camera and all that, and the bottom handles the climate control, drive modes and everything else through its touchscreen and two multifunctional knobs. In some ways it’s overly complicated and takes too much getting used to, but that never outweighs the fact that you feel international superspy-level cool using it.

And literally cool, if you opt for the ventilated and heated and massaging front seats that you can program to start kneading you after you’ve been driving for a while, so you don't have to be bothered turning them on every time. The rear ones can just get toasty, but are as nicely upholstered as the fronts. Legroom back there is average for the Velar’s class, and the cargo space isn’t huge, but its boxy shape is more useful than what’s found under the tailgates of many of the so-called “SUV Coupes” that the Velar competes against and still manages to look much sexier than.

Probably the model that makes the most sense to compare it to is the F-Pace, and it turns out that they’re not a whole lot alike. The Jaguar has a sportier edge than even the street-smart Velar R-Dynamic V6 HSE that I tested, which is quick and handles well, but feels more like a luxury car with the air suspension blending body control with a creamy ride. These apples fell on the opposite sides of the tree.

You also wouldn’t want to take the Jaguar too far in to the jungle, but the Velar is a true Range Rover. To a point. Raise the suspension and you’ve got 9.8 inches of ground clearance to play with, and you can get the added capability of a limited-slip rear differential on some trims. The lower bodywork doesn’t look so tough that you’ll want to take it on the rocks, but feel free to blast across the sand or wade through the 25.6 inches of water the Velar can handle, as long as you know what’s hiding underneath it.

Could the Road Rover be hiding under the Velar? The name does roughly mean “veil” and was Land Rover’s codename for the original Range Rover when it was secretly in development in the late 1960’s, so you never know.