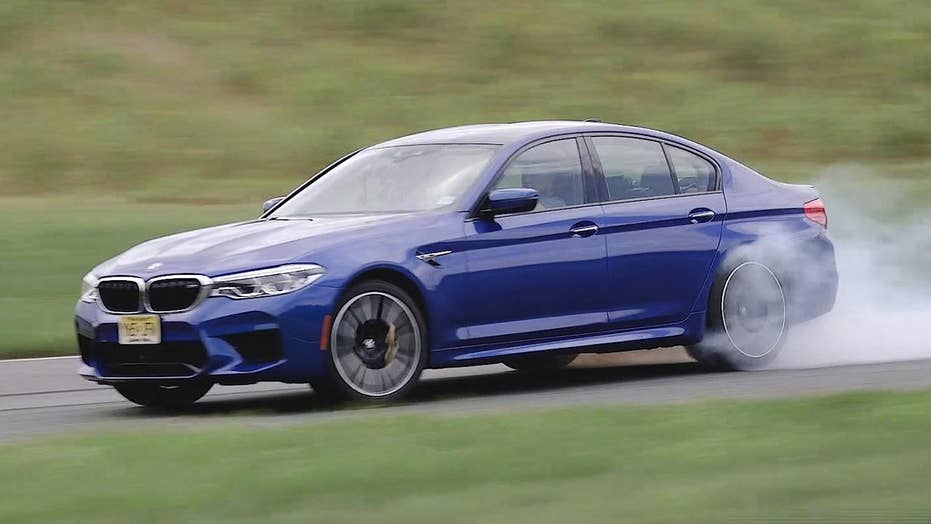 At least it can be.

As with many performance cars these days, the 2018 M5 is packed with a ridiculous amount of power and all of the technology needed to help rein it in.

The all-new midsize sedan's twin-turbocharged 4.4-liter V8 cranks 600 hp and 553 lb-ft of torque through an 8-speed automatic transmission and an all-wheel-drivetrain fitted with a computer-controlled rear differential.

It's the first M5 that sends power to four tires. Not so much for snow, but for the track.

Many, if not most M5 owners actually take their two-ton-plus cars to one now and then. When they do, they expect to be able to beat everything in sight with four doors, not to mention a few coupes.

With all of the traction now available, the M5 can accelerate to 60 mph in about 3 seconds, and cover a quarter-mile in 11 or less. To put those numbers in perspective: they’re ridiculous. A Dodge Charger Hellcat or Tesla Model S might take it in a straight line, but there are also things called curves.

The M5 was made for them. Its adaptive suspension perfectly controls the body as the power is dished out to wherever it can make the best use of it. It’s definitely one of the best-behaved all-wheel-drive vehicles. Almost to a fault.

And if you switch it to comfort mode, the impeccably-dressed M5 does a pretty good impersonation of the luxury-focused 5-Series that it’s based on, though one that feels very alive. Its wide, sticky high performance tires are always twitching it a little as they read every nuance in the surface of the road.

A passenger in the not especially roomy rear seat actually noted to me how much things were shuffling around back there, which is something I’d never heard someone say about a car before. If only she knew the things that bootie was capable of.

The buttoned-down M5 comes with a feature that lets you deactivate the all-wheel-drive, stability control and traction control systems to transform it into a rear-wheel-drive slip-and-slide.

Seriously, it’s for making donuts and drifting and whatever else smoking tires are good for. I suppose a skilled driver might take up the challenge of doing some fast, clean laps in this mode, but, let’s be honest, it’s for making you look like a badass. If you consider being juvenile badass.

And it’s good at it. The M5 handles so well as its shuffling around that you get the impression that the chassis engineers put in a fair amount of wheel time tuning it for this purpose. Can you blame them?

You should expect nothing less from a car that has a starting price of $104,695, or about twice what a base 5-Series goes for. Yes, that's a lot, but since it's Jekyll and Hyde persona is like getting two cars for the price of one, its arguably a good deal.

Your tire replacement bill? That's just going to be bad.