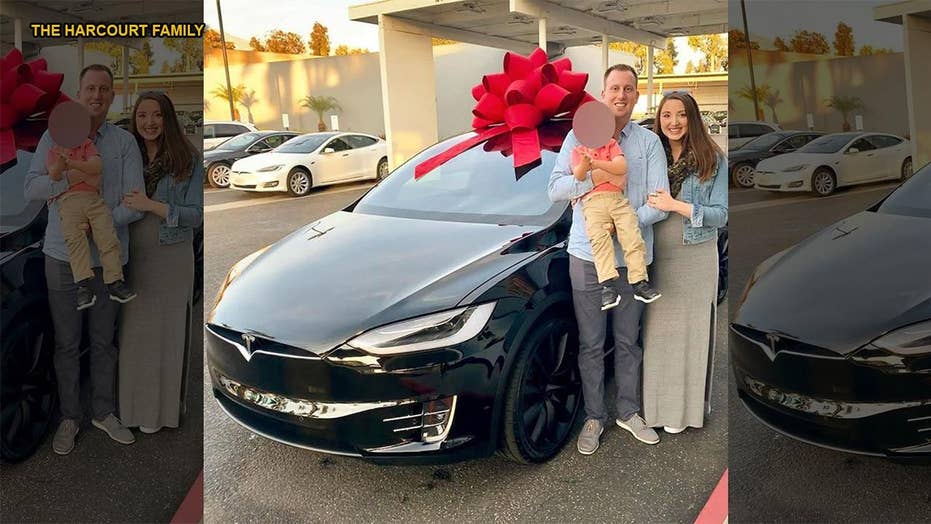 A pregnant mother was pinned against the wall by a Tesla Model X after her 2-year-old child climbed into the front seat of the vehicle, apparently causing the car to unexpectedly accelerate. The accident broke several of the mom’s bones and led to the premature birth of her child. The automaker is being sued for damages related to the accident but disputes claims of technical malfunctions.

A California family has filed a product liability lawsuit against Tesla after a woman was pinned against a garage wall when her 2-year-old son climbed into her parked Model X and accidentally drove it into her on Dec. 27, 2018.

According to the lawsuit, Mallory Harcourt of Santa Barbara was eight months pregnant at the time of the incident, which resulted in several broken bones and led to the premature delivery of her second child, who was uninjured in the incident.

Harcourt, who took ownership of the car on Dec. 23, claims that she left the Model X parked in the driveway outside of her garage with its powered “Falcon Wing” rear doors open as she and her son went into their home. The boy then ran back to the car and climbed into the front seat and she went back to get him.

Harcourt recalls passing in front of the car when it accelerated toward her with the rear doors still opened, pushed her through the garage and held her against the back wall until neighbors arrived and were able to move it away from her. The Model X does not have a start button and is active when the keyfob is within range.

In a letter to the family’s law firm, Tesla managing counsel Ryan A. McCarthy said that data retrieved from the car indicates that the driver unbuckled, the driver's door was opened and closed, the left rear door was opened and the driver's door was activated by the handle to reopen. The brake pedal was then pressed, which set off a function that automatically closes the power driver’s door and allowed the car to be manually shifted into drive as the vehicle issued alerts that doors were still open.

The logs show that the car then accelerated for a few seconds in a fashion consistent with the pressure on the pedal, save for a brief override when the brakes were reapplied. The car then registered an impact to the Falcon Wing door and was finally brought to a stop with the brakes and shifted itself into park when it sensed that both pedals had been released for a few seconds, as designed.

The lawsuit argues that the Model X should have additional safety interlocks to prevent the type of scenario and that the feature that automatically closes the door when the brake pedal is pressed “is illogical and serves to create numerous dangerous situations.”

Tesla wouldn’t comment directly on the lawsuit to Fox News Autos, but claims that it has never discovered a technical malfunction in any of its internal investigations of ‘unexpected’ acceleration reports.

Harcourt’s lawyer said that Tesla was served with the lawsuit last week, which seeks compensatory and punitive damages. The company has 30 days from receipt to file a response.