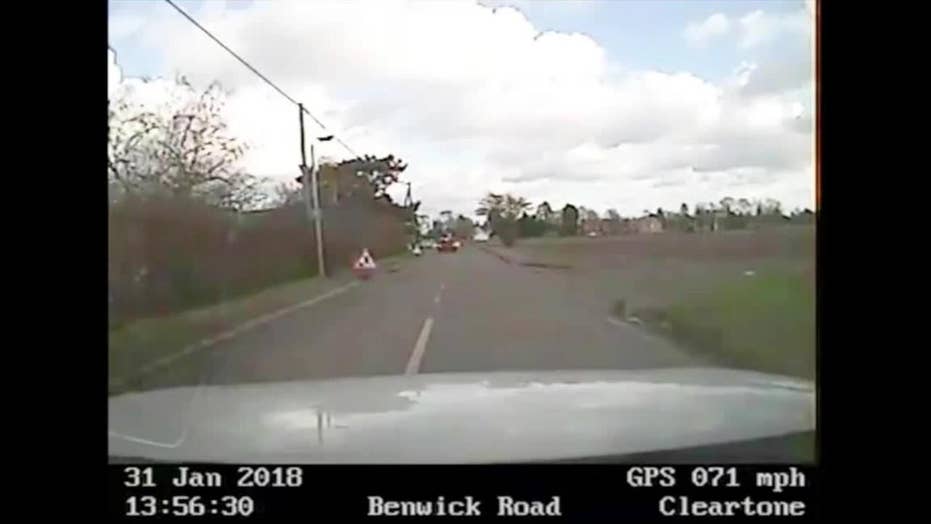 A student driver took U.K. police on a wild car chase that reached up to 113 mph after he was pulled over for not having insurance.

A student driver is going to have to wait a little longer to get his license after being arrested for leading police on a high-speed chase that was caught on video earlier this year.

21-year-old Daniel Avory was spotted driving a car without insurance through Cambridgeshire, U.K., and sped away as police tried to pull him over.

Footage shot on the police car’s dashcam shows Avory weaving through traffic and driving on the wrong side of narrow two-lane roads at speeds reaching 113 mph.

Police had to give up the pursuit after Avory narrowly missed getting hit by an oncoming truck, according to SWNS.

However, authorities were able to track down the car and found it the following day with a side mirror that was damaged during the pursuit.

Avory pleaded guilty to dangerous driving and perverting the course of justice and received a suspended sentence of 15 months in prison, along with 150 hours of community service and a three-year driving ban.