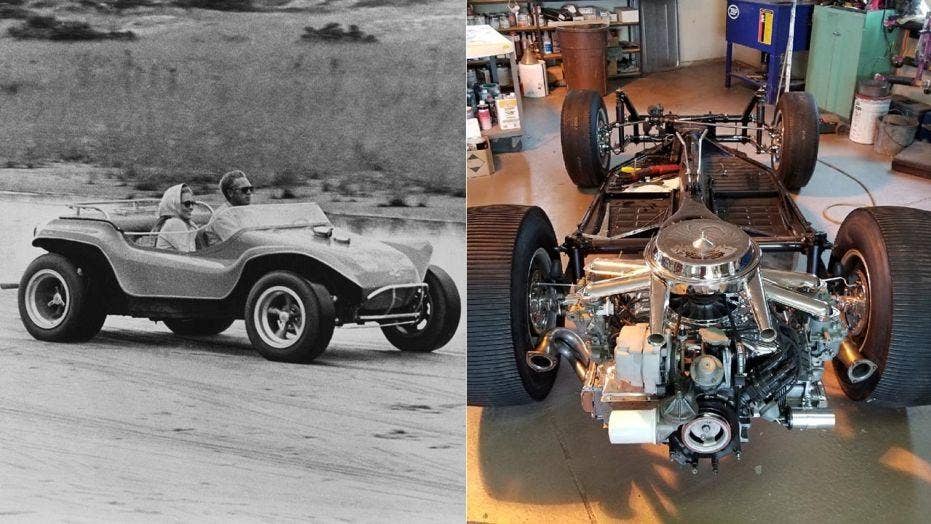 Fox News exclusively learned that the 1960’S Meyers Manx Dune Buggy from Steve McQueen’s “The Thomas Crown Affair” still exists and is currently undergoing a full restoration, with plans to unveil it later this year.

For Steve McQueen fans, 2020 is shaping up to be a big year. That is to say, fans of the cars in McQueen’s movies.

In January, the long-lost Ford Mustang McQueen drove in “Bullitt” will be heading to auction. The iconic green car had been hidden from the public eye since 1980, when the family that owned it put it into storage until they revealed it in January 2018 to help celebrate the 50th anniversary of the film. The car has been on a world tour ever since, but its owner, Sean Kiernan, said he’s ready to settle back into his normal life.

Well, maybe not that normal. The car is expected to sell for millions, possibly more than any Ford Mustang ever. But don’t’ worry, if you miss out on it, you’ll have a second chance to pick up one of McQueen’s once-missing machines.

It’s the custom Meyers Manx dune buggy featured in “The Thomas Crown Affair,” which was released the same year as “Bullitt,” in 1968.

After McQueen drove Faye Dunaway across the dunes of Crane Beach, Mass., it was purchased by Hawaii-based car enthusiast Jimmy Pflueger, then disappeared from the spotlight, much like the Mustang.

Last year, Fox News Autos exclusively reported that the Manx still existed and was undergoing a full restoration, because it was literally a shell of its former self. Pflueger had swapped its Corvair six-cylinder engine for a VW racing motor and stripped off all of the custom trim added for the film, discarding most of the original parts in the process. It changed hands two more times before ending up with its current owner, who prefers to remain anonymous.

The owner said he knew about the “red car” since he was a kid, and that it had been sitting around in storage since he bought it in the 1990s, but that the film’s anniversary got him and a buddy interested in it again. They’d hoped to have it done by the end of 2018, but tracking down as many period-correct parts as possible, and recreating the others, turned out to be a tough job and the work was only recently completed.

It is now heading back to a different beach and will be on the docket of the Bonhams Amelia Island, Fla., auction on March 5.