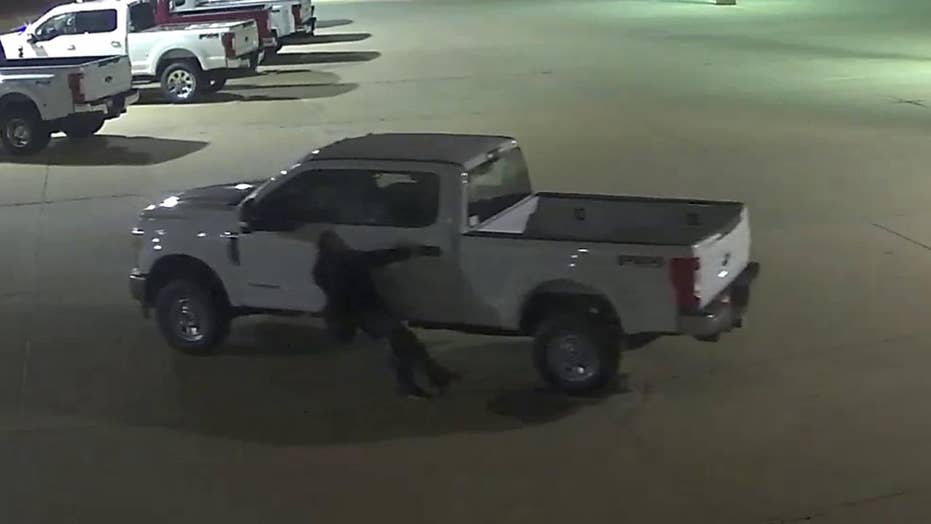 Talk about a getaway car.

A Ford F-150 almost evaded its own theft in Norman, Okla., in March, when two car thieves had trouble pulling of their crime.

Surveillance video posted to Facebook by the Oklahoma City Police Department shows the pair somehow managing to release the transmission from outside, before it suddenly starts rolling away.

One of the robbers is dragged along as he hangs onto the door handle, desperately trying to open it, while the other simply starts shooting out the windows with a BB gun.

The truck eventually reached an uphill section of the parking lot and came to a stop, and the clumsy robbers managed to get it started and drive away, according to police.

Fortunately for the dealership, the vehicle was later recovered, but the clumsy crooks, whose faces can clearly be seen in the video, are still on the loose.