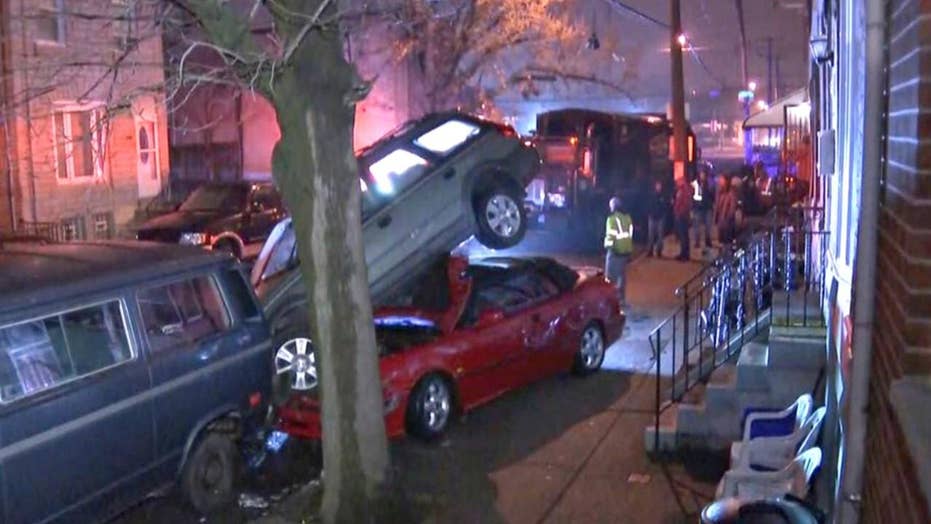 A trash truck in Philadelphia caused major destruction when it smashed into a row of parked cars along a residential street.

An out-of-control trash truck smashed into a row of parked cars along a residential street in Philadelphia, but no injuries have been reported.

Neighbors say they heard a series of loud booms around 3:30 a.m. Wednesday that caused them to bolt out of bed.

Outside, they found a number of vehicles destroyed on the street in south Philadelphia. One station wagon had been pushed on top of the hood and windshield of a red Saab.

KYW-TV says the private trash truck's driver told police there was some kind of mechanical malfunction.

Torono Welch, whose SUV was damaged, tells KYW-TV it "sounded like a train came off the track or something out here."