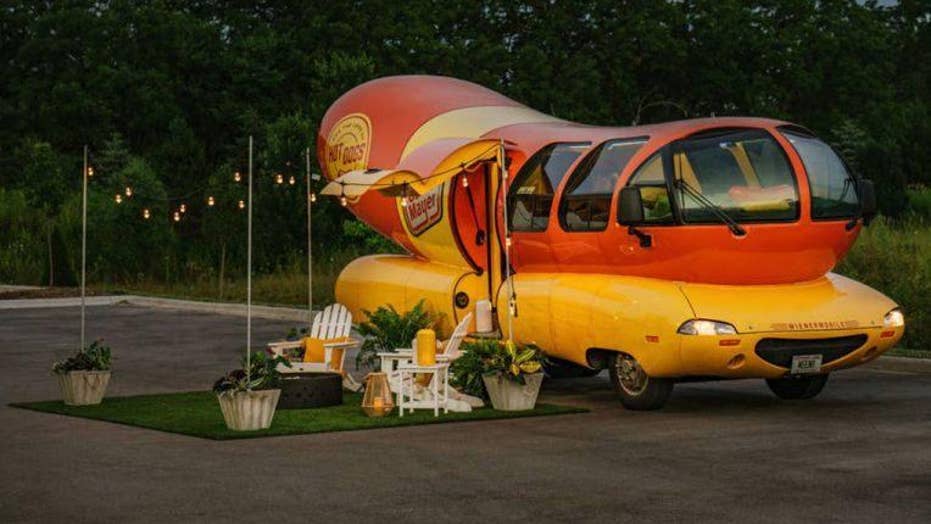 Hmm, maybe this is why they’re looking for new drivers.

A Waukesha County, Wis., sheriff’s officer pulled over the Oscar Mayer Wienermobile on Sunday for violating the state’s Move Over law. The rule requires drivers to either change lanes or slow down while passing a stopped vehicle with its emergency lights on.

Technically, it wasn’t THE Oscar Meyer Wienermobile, as the company has a fleet of six crisscrossing the country to promotional events. The police department tweeted that the driver of the orange and yellow vehicle was let off with a verbal warning, suggesting there’s no ill will against the company for moving its headquarters from Madison to Chicago in 2015.

Had the driver been ticketed, they would’ve been on the hook for a $249 fine and three points on their license.

Oscar Mayer is currently taking applications for its next class of a dozen drivers, or Hotdoggers, who will begin training behind the wheel of the 27-foot vehicles in June. The deadline to put your name in the bun is Jan 31. In fact, an Oscar Mayer spokeswoman tells Fox News that the Wienermobile that got pulled over was on its way to The University of Wisconsin-Madison for a recruiting event. She added that the company reiterated the importance of always driving within the law to the current drivers following the infraction.

Oscar Meyer does have a need for speed, however. The company sponsors NASCAR driver Ryan Newman and recently held a poll to pick the design his Roush Fenway Ford Mustang will feature at the upcoming race in Phoenix.