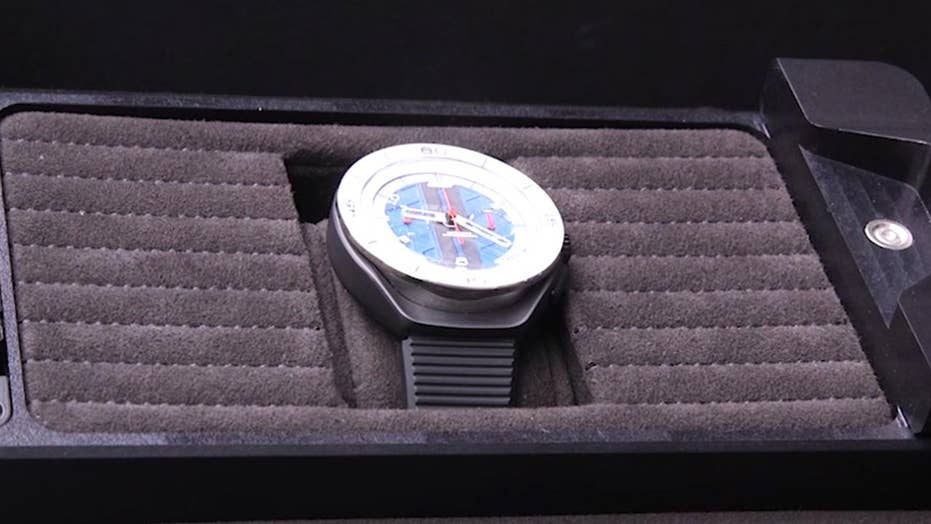 But it comes with a car.

Well, it’s really the other way around.

It’s a special edition chronograph made by Autodromo that’s only available to owners of the $450,000 Ford GT supercar and lists at $11,500.

The watch is assembled in the USA using Swiss movement, and features a knob and buttons styled after the switchgear in the mid-engine coupe. Buyers can pick the colors of the face, stripes and bezel to match those on their vehicle. It’s delivered in a carbon fiber box and comes with an aluminum case engraved with the car’s chassis number.

Ford plans to make only about 1,000 GTs through 2020, and Ford Performance Marketing Manager Jim Owens doesn’t expect that every owner will buy a watch to go with it, so matching pairs may become hot tickets on the auction circuit, where GTs have already been sold for as much as $1.8 million.

Too rich for your blood? There's also a fan version for $695, but anyone can buy one of those.

Well, anyone with a spare $695 who thinks watches are still a thing.