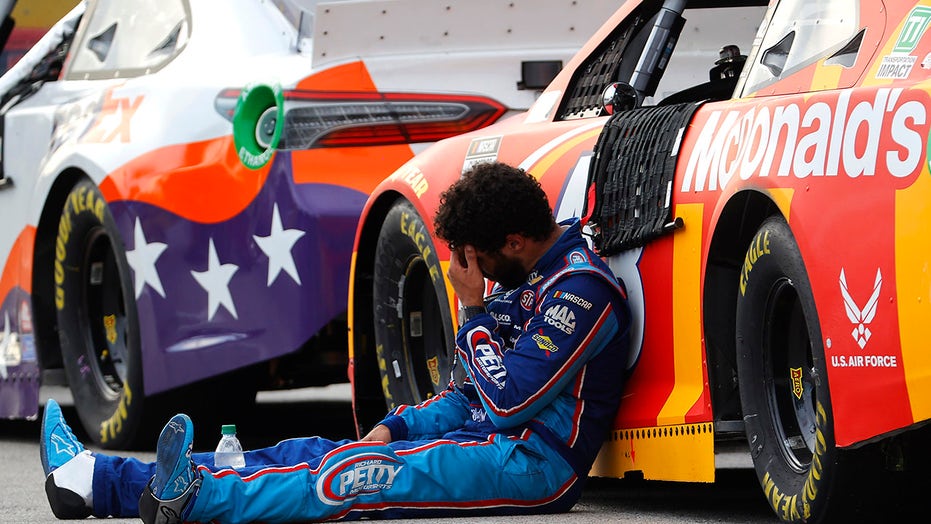 NASCAR driver Bubba Wallace is OK after fainting twice while on camera following the end of the Folds of Honor QuikTrip 500 at Atlanta Motor Speedway on Sunday.

Wallace was first seen collapsing to the ground shortly after finishing 21st in the 500-mile race, which was run in hot and humid temperatures after an emotional start that included a statement from NASCAR on racial injustice and a moment of silent reflection.

Wallace told Fox Sports NASCAR reporter Jamie Little that he sat down and stood up too fast after the long race and that it was a “quick scare for everybody,” before swooning again as she interviewed him on the live broadcast. He was then taken by stretcher to the infield medical center, where he was treated and later released.

Wallace is the only African American currently competing in the top-tier Cup Series and has been a central figure in NASCAR's response to the issues raised in the wake of George Floyd's death while in the custody of a Minneapolis police officer. Wallace wore a T-shirt that said “I CAN’T BREATHE” and “BLACK LIVES MATTER” during the pre-race ceremony, which included a video featuring many of his fellow NASCAR drivers pledging to work for social change.

Several other drivers could be seen suffering from exhaustion after the long day, and Josh Bilicki also required treatment at the medical center.