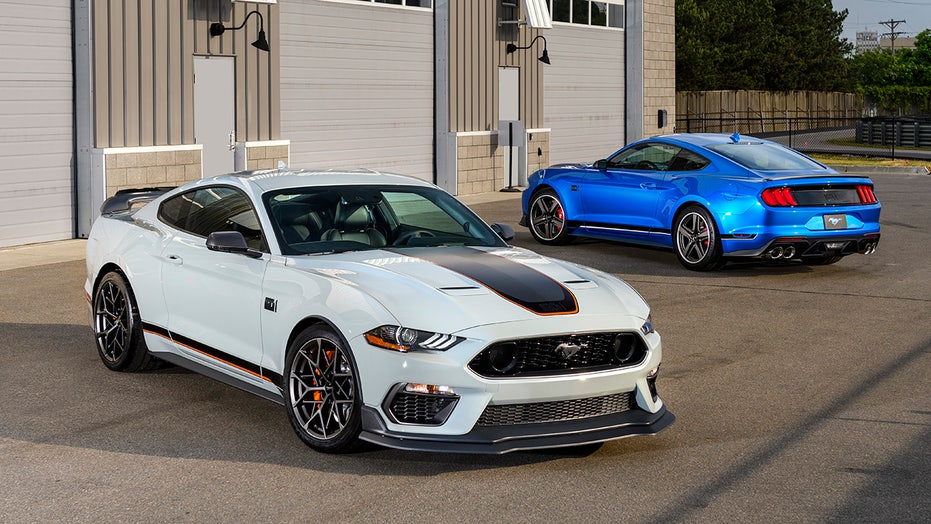 The 2021 Ford Mustang Mach 1 won’t break the sound barrier, but it should be plenty fast and sound pretty good.

The reborn Mach 1 is the first offered in 17 years and is inspired by the original 1969 model, which was designed to be the most accessible high-performance Mustang and was the best-selling pony car that year.

Styling elements include retro hood graphics and side stripes, along with circular air intakes in the grille that represent the inboard headlights featured on the 1969 Mach 1.

Ford calls the Mach 1 the most track-capable 5.0-liter Mustang ever. It’s equipped with a rear axle cooler and will be offered with an upgraded Handling Package that comes only with the stick shift and adds an aggressive front splitter, rear wing, computer-controlled MagneRide suspension and 19x10.5-inch front/19x11-inch rear wheel and tire package.

Pricing hasn’t been announced, but it’s likely that the Mach 1 will fall somewhere between the current Bullitt and GT350 models in the $50-$60,000 range when it goes on sale next spring alongside the Mustang Mach-E electric SUV.