Looking for a luxury car, but don’t need four wheels? Polaris has just the thing.

Well, it’s not exactly a car, or very luxurious, but the Slingshot SL LE Midnight Cherry is a little more plush than the rest of the three-wheeler’s lineup.

Along with its namesake paint color, white graphics and control arms, the limited edition version of the stripped-down ride gets a set of seats with a whopping 5/8ths of extra padding and snazzy diamond pleat upholstery just like a Bentley’s…except that it’s synthetic and waterproof, and not from some rare breed of cattle.

It also comes with a clear windscreen, 18’ front and a 20’ rear wheels, and a Rockford Fosgate audio system with a touchscreen control panel, backup camera and standard cold air intake for its 173 hp 2.4-liter four-cylinder engine.

The oddball Slingshot has been a surprise hit for Polaris. While the company doesn’t release sales numbers, owner VINs suggest it’s sold tens of thousands since it was launched in 2015. The Midnight Cherry costs $26,999, while the entry-level Slingshot starts at $21,999. 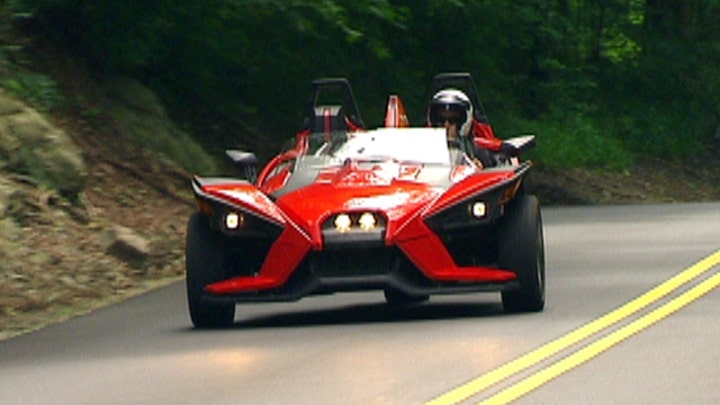