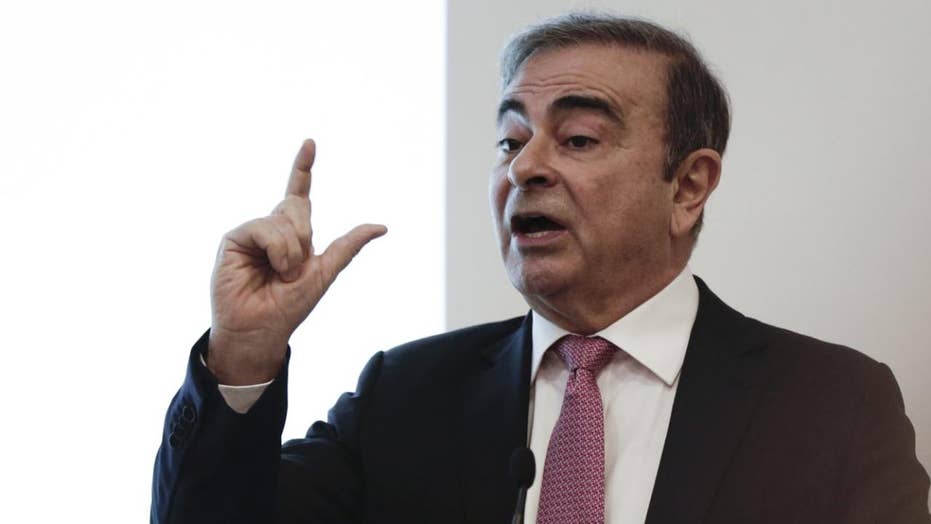 Ghosn: I didn't escape in a box

The embattled automotive executive who fled from house arrest in Japan and secretly traveled to Lebanon in an elaborate escape straight out of a blockbuster thriller has enlisted the services of super talent agent Michael Ovitz to help him tell -- and sell -- his story.

A Ghosn representative told Reuters that Ovitz would help evaluate any proposals, but that nothing is currently firmed up.

Ghosn wore a disguise when he was transferred from jail to house arrest after posting bail. (JIJI PRESS/AFP via Getty Images))

Ovitz co-founded the Creative Artists Agency that represented actors like Tom Cruise and Sylvester Stallone during the 1980s and 1990s big-budget blockbuster heyday, and was briefly president of Disney. His career was tarnished in 2002 when he blamed a “gay cabal” in the movie industry for ruining some of his deals in a Vanity Fair interview, a comment he later apologized for.

Former Nissan Chairman Ghosn had been under arrest on corporate corruption charges for over a year when he allegedly was snuck through airport security in a case and onto a private plane that brought him to Lebanon in a plan hatched by a former Green Beret. According to Reuters, he forfeited $14 million in bail money when he left the country.

Ghosn has not confirmed all of the details of his extraction, but told Fox Business' Maria Bartiromo that he was not hidden in a box.