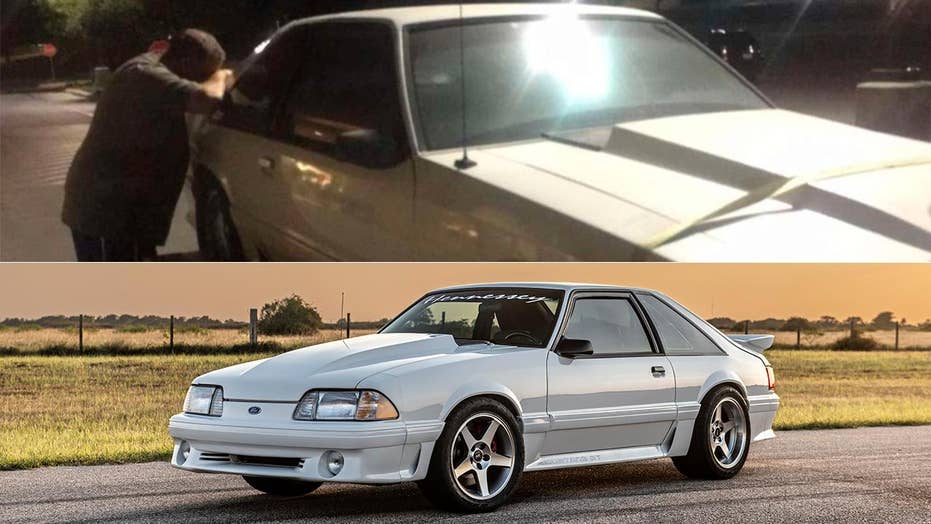 Wesley Ryan found himself overwhelmed with tears in the middle of a parking lot last September when his children gave him a car.

It wasn’t a new one, but the 1993 Ford Mustang GT he’d sold 17 years earlier to help pay for his wife Laura’s ovarian cancer treatment.

She survived and the family made it through the tough times, but not without a lot of hard work and sacrifice. When his son Jake, now a police officer, saw the car listed for sale, he knew they had to get it back, even if it was in rough shape. He, his sister Jeni and her boyfriend all chipped in to buy it and filmed the moment they surprised their father, posting it to Facebook.

Wesley told the Express-News at the time that what his children did for him "shows where they are: they are balanced human beings. My wife and I have succeeded, we've raised productive adults, it's the strongest, most powerful feeling that a parent can have."

When the video went viral and made national news, it caught the attention of Ford Executive Chairman Bill Ford. A Ford spokesman said that he was so moved by what he saw that he decided to help the Ryans fix the car up.

Ford enlisted the help of Hennessey Performance owner, John Hennessey, who said he read about the family on Fox News Autos and was glad to take on the job. Hennessey picked up the car this winter and brought it back to his shop in Sealy, Texas, where they did much more than a tune-up, because it needed it.

He said it looked like the previous owner had tried to turn it into a racecar and made some modifications that included removing the air conditioning and radio. So he had the coupe totally stripped out, the body repaired and repainted. Then his team made a long list of mechanical updates that included swapping in a 5.0-liter Coyote V8 crate engine tuned to put out around 500 hp and a new 6-speed manual transmission from the latest Mustang GT.

Hennessey also dipped into the Ford Performance catalog for a flywheel, clutch, limited-slip differential and other driveline components. A coilover suspension, bigger brakes and 2003 Mustang SVT Cobra wheels rounded out the performance upgrades, while the interior was brought back to factory-fresh condition.

The automaker brought the Ryans to Dearborn on Thursday, where Henry Ford III handed Wesley the keys. Hopefully he’ll never have to give them up again.