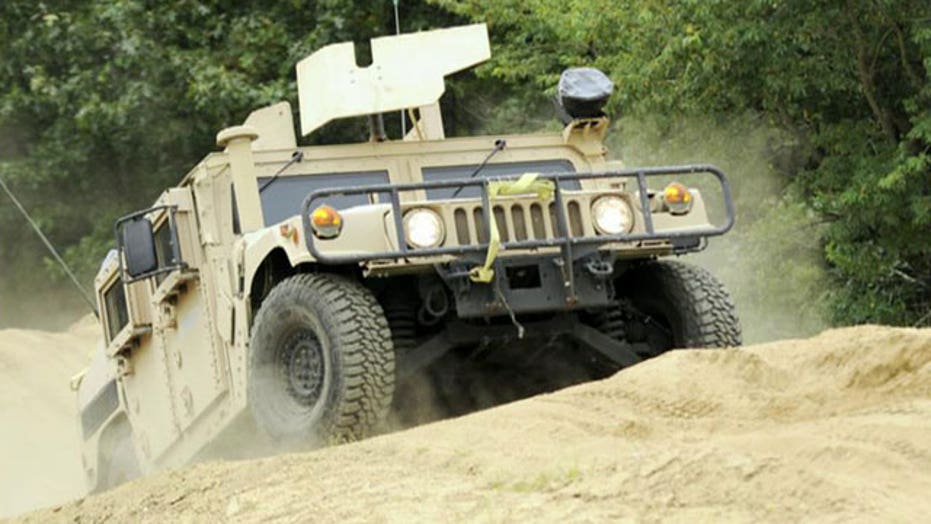 Vehicles for off-road use

The first surplus auction of U.S. Military Humvees took place on Wednesday, and they hauled in big bucks. The 25 trucks on offer at GovPlanet.com all had opening bids of $10,000 and sold for between $21,500 and $41,000. The federal government keeps 75.29 percent of the revenues.

Regulations were recently changed to allow certain versions of the Humvee to be sold to private citizens. Previously they were sent to the scrap heap after being taken out of service.

The demilitarized troop and cargo carriers were from 1987-1995. Some run well, some need a little work. Since they don’t meet federal safety and emissions regulations, they’re sold for off road use only, but it is possible to make them street legal in a number of states with modifications.

The prices they went for are in line with the going rate for the handful of Humvees that made it into private hands years ago through a since-closed loophole, but the market may soon be saturated.

The Defense Logistics Agency is currently reviewing approximately 4,000 more Humvees that it may release for auction, and the next batch crosses the block on January 7.