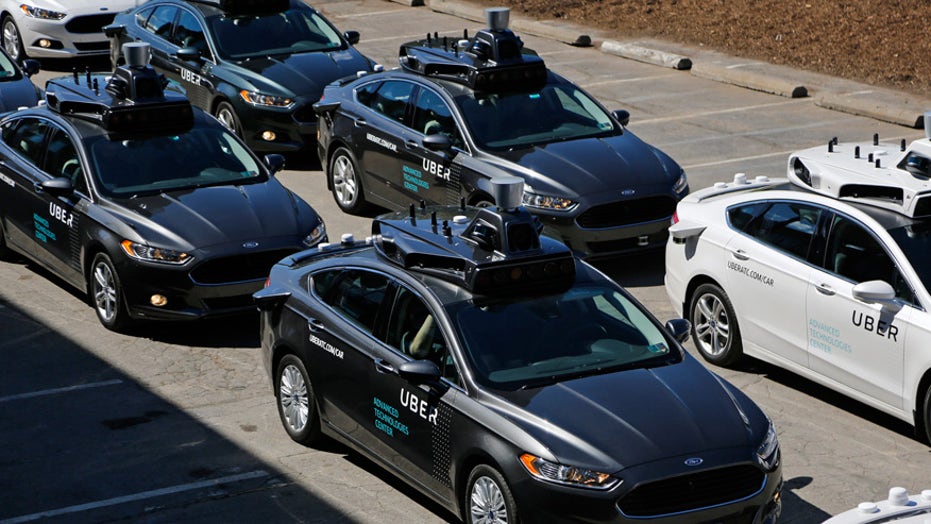 Uber rolled out its much anticipated self-driving car service for a group of selected customers in Pittsburgh on Wednesday.

The ride-hailing firm became the first to offer the futuristic technology to the public in the United States, and Fox News went for a spin.

It’s still a work in progress, so the vehicle has a specially-trained human being in the driver’s seat who can take control of it if something goes wrong, and an engineer taking notes on the passenger side.

Although in the early stages of development, the cars are impressively autonomous: a spinning LIDAR on the roof takes in 1 million points of data per second, creating a visual field of everything around the car. There are also 20 cameras detecting everything, including red lights, stop signs and pedestrians.

The experience is surreal. The car flips on turn signals itself and appears to be so aware of its surroundings that it’s almost impossible to believe. Uber says it still has many obstacles to overcome, however, including turning right at red lights and going around cars parked in a lane of traffic.

But while technology is amazing, the ride can be a bit abrupt at times. We experienced one sudden stop during the demonstration, the jolt hard enough to cause our cameraman to stop recording.

Uber is giving customers invited to the program free rides for now.

More than 30-thousand people die every year in car accidents in the USA and Uber thinks this kind of technology could eventually prevent almost all of those deaths, while reducing traffic and congestion.

For now, Uber isn’t allowing its cars to operate autonomously on highways, and the pilot service is only available in Pittsburgh, where it’s working closely with researchers at Carnegie Mellon University.

The eventual goal is to have no one in the front seat, and an army of Ubers rolling around cities picking up customers who likely would no longer own their own cars, which currently sit unused an average of 90% of the time.