The fire began around 8 p.m. Approximately 100 firefighters from 13 different departments did everything they could to save the business. Five buildings, one of which housed about 150 vehicles, were a total loss.

“They don’t make them like this anymore,” said Russ Noel, owner of Country Classic Cars. “A lot of those cars in there, I’ll never replace them probably.”

Flames lit up the night sky; the blaze could be seen from miles away. Witnesses said smoke was so thick they had to close nearby roads. About five percent of the cars were owned by folks who put their vehicle under consignment.

The business kept about 600 cars dating from the 1920s to the 1980s on the property. About a quarter of those cars burned. 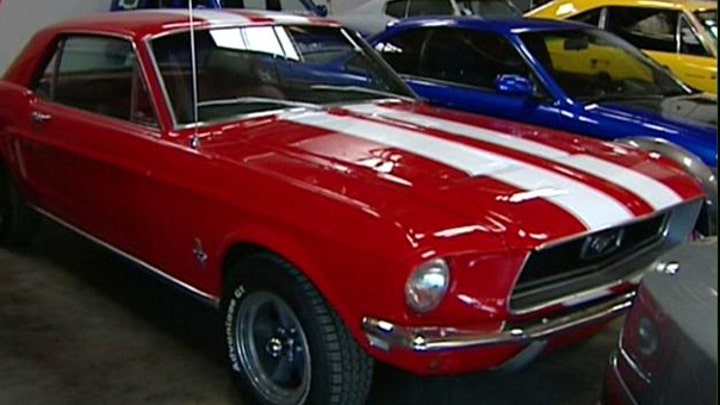 “It’s devastating to see history like this burned to the ground,” said Keith Buschmann, a car buff.

Country Classic Cars had been celebrating its 20th anniversary. The company web site shows the special and collectible cars they have for sale.

“You hear people talking about it all over the nation,” said Macoupin County Sheriff Shawn Kahl.

The old, classic cars stir memories and feelings in the hearts of car lovers like Don Schrader.

“I can’t put it into words the automotive history here that’s gone,” he said.

When dawn broke, the magnitude of the devastation was clearly shown. Favorite cars of collectors had been turned into charred debris. There were no fire hydrants in the area.

“We were required to truck in water,” said Staunton Fire Chief Rick Haase.

Noel became emotional when talking about the community rallying around him.

“I didn’t realize how many friends I had until today…anything we can do we’ll help you,” he said.

Investigators with the Illinois State Fire Marshall were on the scene Wednesday. It took firefighters more than two hours to bring the fire under control. Noel is not sure what the damages will add up to. He said he’ll reopen on Thursday, adding that all of the car titles were saved. ​

This story was first published on FOX2NOW.com.