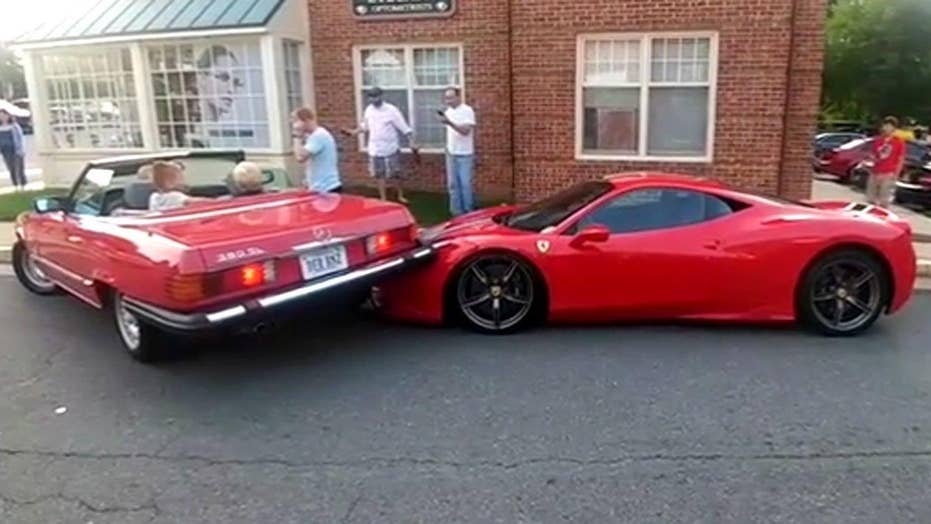 The latest cars from Mercedes-Benz are available with self-parking systems that can autonomously steer them into a space without hitting anything. Unfortunately for one Virginia woman, that technology wasn’t available in the 1980’s.

The driver of a Mercedes-Benz 380 SL had some trouble parallel parking at the Great Falls Cars and Coffee gathering on August 6th, when she backed up into and onto the hood of a Ferrari. The aftermath of the low-speed collision was caught on camera, as was the arrival of the Italian car’s owner. Suffice it to say, his NSFW language suggests that he was not pleased:

Neither the driver of the Mercedes, nor the two children that were in its back seats appear to have been injured in the collision. Another video caught the moment that the Ferrari was extracted, its hood damaged, but possibly less than it could have been, thanks to the SL’s era-correct flexible bumpers.

The 380 SL is a slightly more affordable classic that can be worth around $28,000 if it’s in perfect condition, which the one in this incident no longer is.