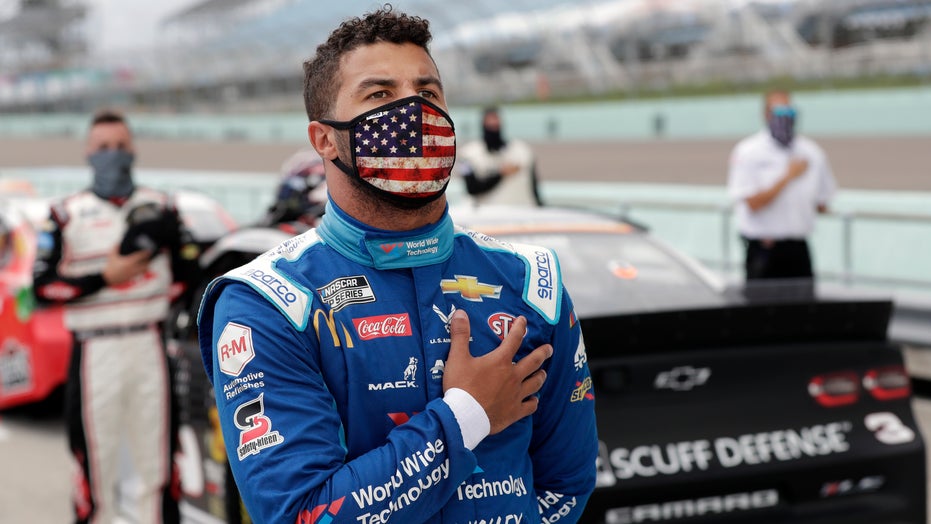 The Department of Justice has joined the investigation into a noose left in NASCAR driver Bubba Wallace’s garage at Talladega Superspeedway on Sunday, following his vocal support of the Black Lives Matter movement and a call to ban the Confederate flag from NASCAR events.

"The U.S. Attorney’s office for the Northern District of Alabama, FBI and the Department of Justice Civil Rights Division are reviewing the situation surrounding the noose that was found in Bubba Wallace’s garage to determine whether there are violations of federal law. Regardless of whether federal charges can be brought, this type of action has no place in our society," said the statement released by U.S. Attorney Jay E. Town.

NASCAR announced the discovery of the item late Sunday after the Geico 500 had been postponed until Monday due to weather, and that it had launched an investigation, adding that it would “eliminate” anyone found to be involved. The garage area was closed off to fans, and only team members, track staff and medical personnel had approved access. Earlier in June, NASCAR confirmed that displays of the Confederate flag will no longer be allowed at its events in any capacity.

Wallace’s team owner, Richard Petty, said that he is “enraged” by the incident and that “this filthy act serves as a reminder of how far we still have to go to eradicate racial prejudices and it galvanizes my resolve to use the resources of Richard Petty Motorsports to create change.”

“As my mother told me today, ‘They are just trying to scare you. This will not break me, I will not give in nor will I back down. I will continue to proudly stand for what I believe in," Wallace wrote of the incident.

NASCAR has not provided details on the investigation or offered comment on the D.O.J. statement.

Alabama Gov. Kay Ivey said she was “shocked and appalled” by the “vile act” against Wallace, an Alabama native.

“There is no place for this disgusting display of hatred in our state,” Ivey said. "Bubba Wallace is one of us; he is a native of Mobile and on behalf of all Alabamians, I apologize to Bubba Wallace as well as to his family and friends for the hurt this has caused and regret the mark this leaves on our state.”