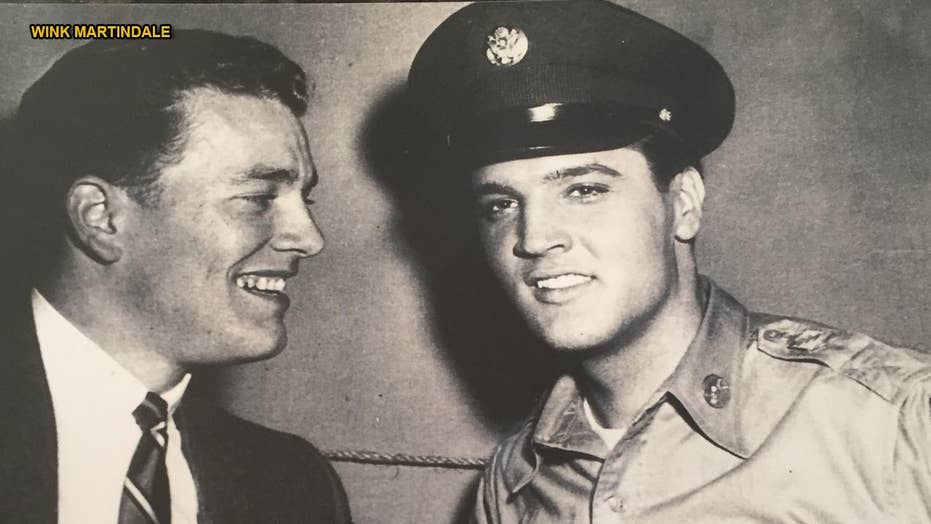 Radio personality and game show host Wink Martindale recalls his friendship with Elvis Presley, why he 'broke down' after seeing The King for the last time and what he feels is missing from today's game shows.

It was a car fit for The King, but not anymore.

A 1967 Lincoln Continental limousine once owned by Elvis Presley will be auctioned at the Mecum Auctions event in Monterey, Calif. The stretch was a wedding gift to Presley and his new bride Priscilla from the singer’s manager, Colonel Tom Parker.

Built by limousine specialist Lehmann-Peterson, it featured a four-passenger rear compartment with rear-facing jump seats and a custom console equipped with a radio and climate control system.

One of many cars owned by Presley, the family used it for several years around Memphis before it disappeared into his collection. It was later purchased by noted Chicago car collector Tom Petrozzini.

Petrozzini used it for family affairs and business meetings on occasion, but eventually put it in storage, where it sat gathering dust for decades until it was rediscovered after his death in 2014.

The car’s body remains sound, but the interior is worn, with torn upholstery and missing trim pieces, while a fair amount of rust can be found under the hood and on its 462 cubic-inch V8.

The Lincoln will be rolled across the block on Saturday and sold without a reserve price.