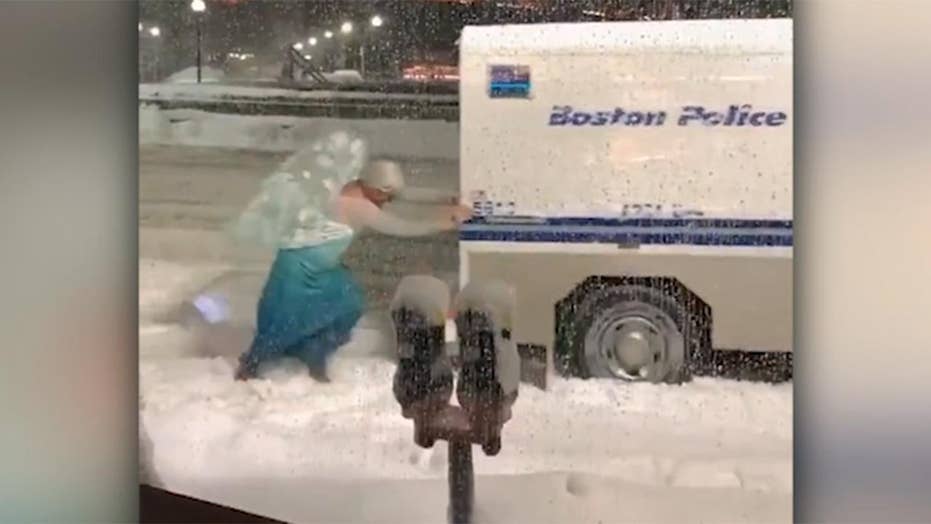 Get out your "Frozen" jokes.

Someone wearing an "Elsa" costume helped free a Boston police van from snow piled up on the side of the street.

The incident took place at The Gallows Bar on Washington Street in Boston as Tuesday's nor'easter wound down. The video was posted by Christopher Haynes. After pushing for a minute or so, the transport van is finally freed from its slushy prison. People inside the bar can be heard cheering Elsa on. One man steps up to help near the end of the ordeal.

Once the truck is on its way, 'Elsa' curtseys for the crowd in the bar.

"I saw the police paddy wagon started to get stuck and so I just ran outside to help push it out of the snow," Elsa said, "I really didn't think it would be a 'thing.'"

"If any of you know Ellen [Degeneres], I want to come on her show, but only if Adam Rippon is there," Elsa quipped.

This article originally appeared on Fox61.com