Rocketing down the road on a Ducati is one of the most thrilling things you can do.

But what if it were jet-powered?

That’s what the Italian company appears to ahve planned, according to a patent filing uncovered by Bennetts insurance.

It’s not switching to a turbine engine, but has designed an adjustable nozzle that’s fitted at the end of the exhaust pipe to turn the escaping gases into thrust, similar to the ones used by supersonic jets.

In this case, the idea doesn’t seem to be to push the bike faster, but to use the angle of the exhaust to rotate it forward to help keep the front wheel on the ground during acceleration. Anti-wheelie technology currently in use modulates the power going to the rear wheel, reducing output to achieve the same end. With the nozzle, the motorcycle theoretically could constantly adjust the pressure of the exhaust, while continuing to send as much power to the rear wheel as the tire can handle.

The technology hasn’t yet been spotted being tested on one of Ducati’s race or street bikes, but with news that it’s planning to introduce a street legal model powered by a version of its V4 racing engine, it’s going to need all the help keeping those front wheels on the ground it can get. 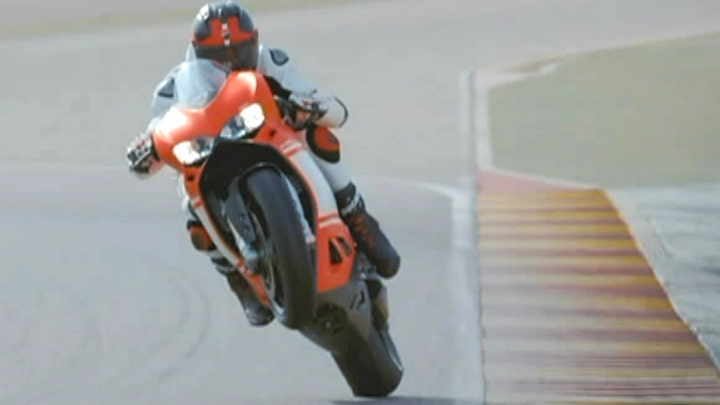