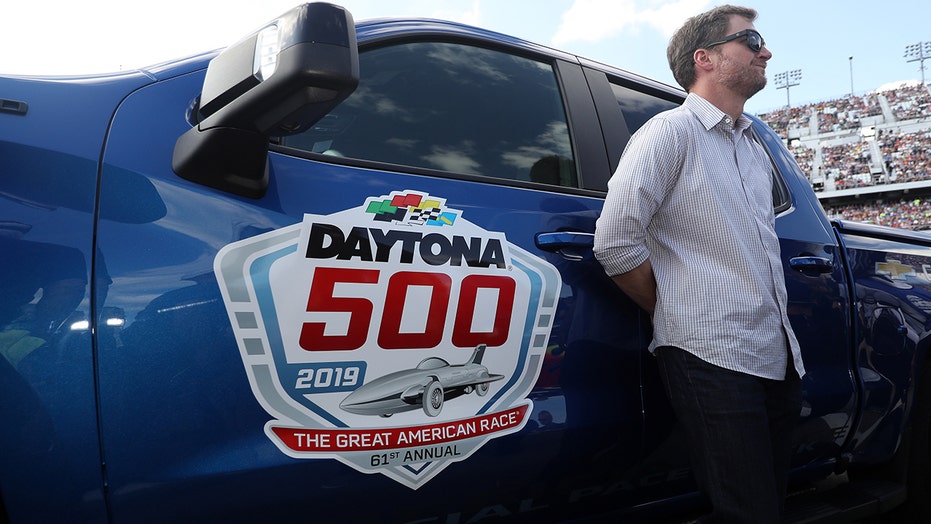 NASCAR legend Dale Earnhardt Jr. joined countless others worrying about the state of Ryan Newman after he was rushed to the hospital following his scary crash at the Daytona 500 on Monday night.

“Big prayers for Newman,” Earnhardt Jr., one of the sports most beloved stars, tweeted.

Newman is in serious condition, but doctors said his injuries weren't life-threatening, according to a statement by NASCAR.

For many fans, the fiery wreck triggered frightening memories of the crash that killed his father, Dale Earnhardt, during the final lap of the Daytona 500 in 2001.

Rescue workers arriving to check on Ryan Newman after he was involved in a wreck on the last lap of the Daytona 500. (AP Photo/David Graham)

"This is what is left of Newman's car. This is horrifying and giving me Dale Earnhardt Sr vibes. Back when Dale passed, it was hard to watch NASCAR, but I started following Newman and he saved the sport for me," one user wrote.

Denny Hamlin won the race, which was the second-closest margin of victory in Daytona 500 history. Hamlin understandably was celebrating after his victory because he seemingly was unaware of Newman's situation.

"We didn’t know until victory lane," team owner Joe Gibbs said. "I know that for a lot of us, participating in sports and being in things where there are some risks, in a way, that’s what they get excited about. Racing, we know what can happen, we just dream it doesn’t happen. We are all just praying now for the outcome on this."

Michael Waltrip, who won the Daytona 500 that saw Earnhardt's deadly crash, also was seen celebrating after his victory 19 years ago -- before that emotion changed to sadness.

"If you have read @MW55’s [Waltrip's] book, 'In The Blink of An Eye,' he celebrated the victory before even knowing the news about Dale Sr.’s wreck, so please do not bash @dennyhamlin right now," another user wrote.