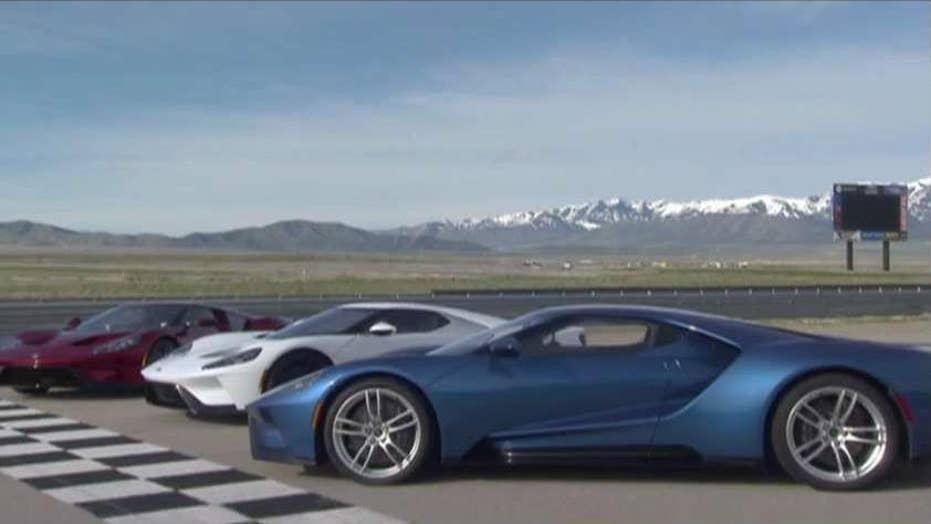 FoxNews.com Automotive Editor Gary Gastelu on the fallout over restrictions on the sale or auction of the Ford GT.

What's possibly the world’s most controversial used car is for sale…again.

The 2017 Ford GT was last sold at the Mecum Auctions Indianapolis event in May where it went for $1,815,000 million, despite the existence of a contract written to prevent its sale before 2019.

All of the approved buyers of the $450,000 GT are required to agree not to sell the car until they’ve had it for two years, in an effort to make sure that they go to “good” GT owners rather than flippers looking to turn a quick profit. Along with John Cena, who settled with Ford after selling his last fall, the original owner of this one decided to press his luck.

According to court papers, John W. Miller sold the GT with just 7 miles on its odometer to exotic car dealer Michael J. Flynn of Hollywood Wheels on May 11 for $1.1 million, and Flynn listed it with Mecum event the following week.

Ford filed for a temporary restraining order to stop the auction but the judge ruled, in part, that since neither Flynn nor Mecum were party to the contract with Ford, there wasn’t a good enough reason to approve the injunction, so across the block it went on May 18.

Ford is currently suing both Mecum and Flynn for damages stemming from the sale, with the next court date coming up in mid-August. However, along with being listed on the DuPont Registry for sale this week for $2,000,000, the car is scheduled to be auctioned again at Mecum’s Monterey event on Aug 25, now with 8 miles on the odometer.

If you’re a Ford fan, but don’t have nearly the kind of money it’s going to take to drive the GT the next mile, don’t worry, because Mecum has another car on offer that may be right for you.

It’s a never-restored, all-original, green 1978 Ford Pinto Squire Wagon in pristene condition that may be one of the few vehicles at Monterey that can turn as many heads as the GT.