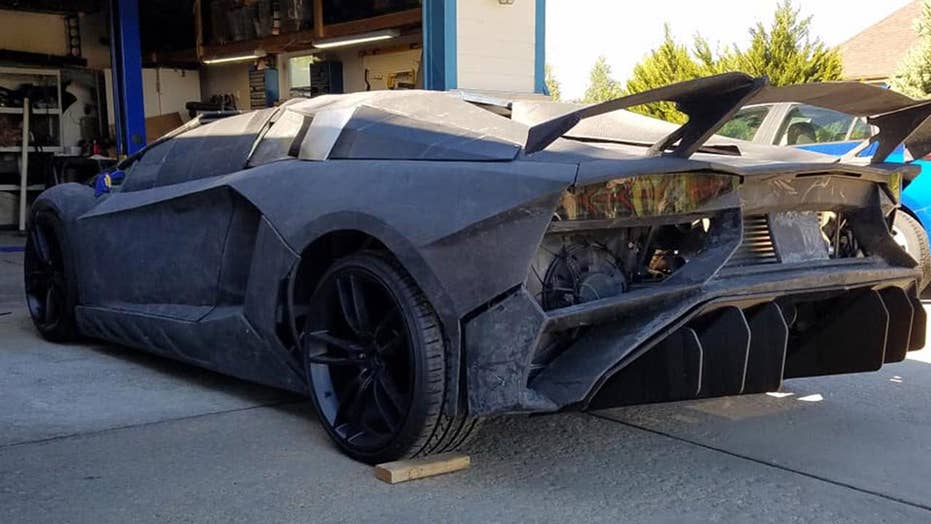 Father and son 3D printing their own Lamborghini

Sterling Backus and his son wanted their own Lamborghini, so they decided to build one at home with 3D printers. Backus wants to use it to teach kids about STEM.

A Colorado father and son 3D-printing a replica of a Lamborghini supercar became social media stars this year when they began sharing updates of their project on social media.

The steel-frame car features a composite body inspired by the Lamborghini Aventador, but it's not an exact replica. Physicist Sterling Backus thought the project would be a fun way to teach kids about STEM and hopes to have it ready for the road by next spring. But when the folks at Lamborghini heard about the project, they had a different idea.

Rather than try to shut the project down for violating intellectual property rights, the automaker called Backus and suggested that they surprise his son Xander by replacing the custom with an actual $417K Aventador S for a day as a Christmas gift.

They made the swap in the middle of the night a few days before Christmas and Backus revealed the car to his son Xander the next morning, joking that he’d finished the project.

Lamborghini’s Chief Marketing Officer, Katia Bassi, said that while the company doesn’t approve of counterfeiting, a passion project like this deserved to be showcased, which Lamborghini did in a YouTube video.