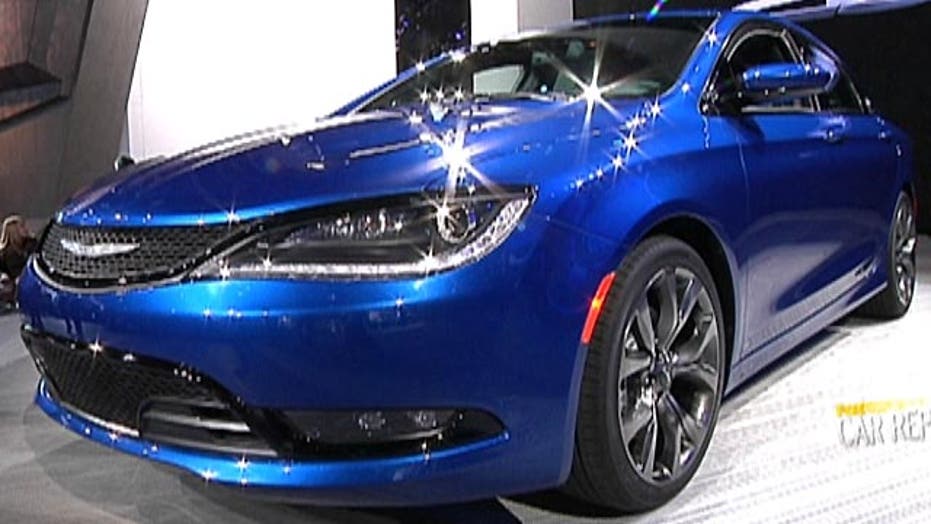 The New Face of Chrysler

Detroit – Three years ago, Chrysler gussied up the antiquated Sebring midsize car, gave it a new name and prayed that it would make enough money to help the company survive.

It worked. Prodded by a Super Bowl ad featuring rapper Eminem, Americans noticed the restyled 200, even though it leaned through turns and cruised noisily down the highway. Buyers mostly liked one thing: It was cheap. Huge discounts shrank its price to among the lowest in the market.

Still, the car wasn't a top seller and captured just 3 percent of the market last year. But now, a resurgent Chrysler is rolling out a revamped 200, this time with hopes of competing against the Toyota Camry, Honda Accord and Ford Fusion — not just on price, but on style, gas mileage, refinement and beauty.

The new 200, to be formally unveiled Monday at the Detroit auto show, is based on underpinnings designed by Chrysler's new owner, Italian automaker Fiat. But the car is still uniquely American, with a roomy interior, a quieter engine, an athletic stance and a curvaceous body that looks like a more costly Audi. It also invested $1 billion at a Detroit-area factory to boost quality as it tries to carve out a spot in the largest and most competitive segment of the U.S. market.

"It's brutal," Al Gardner, CEO of the Chrysler Brand, says of the fight for midsize-car buyers. "You've got to be as competitive as you can."

Executives won't give sales goals, but they're hoping the new 200 gets a bigger slice of the pie, especially since it's widely believed Chrysler will cancel the 200's sister car, the Dodge Avenger, to focus marketing dollars on the 200. Executives won't comment on the Avenger's future.

The timing for the new 200 isn't ideal. Buyers are starting to shift away from midsize cars in favor of small and midsize crossover SUVs. Some analysts expect the midsize car market to shrink slightly this year.

But Stephanie Brinley, an auto analyst with the consulting company IHS, says the 200's styling will help it pick up sales if it drives and rides well. "Visually it's where it needs to be, and I think the interior is where it needs to be. It looked great," says Brinley, who previewed the car in December.

Gardner says the 200 will deliver on ride, handling and performance with two engine choices: a new 184-horsepower 2.4-liter four-cylinder, and a 295-horsepower 3.6-liter V6. It also has a nine-speed automatic transmission that will take the four-cylinder engine to 35 mpg or more on the highway, he says. The car also features an electronic shift system with a knob instead of a bulky lever, saving space for storage of large objects such as purses.

Despite all the improvements, Chrysler plans to cut the base sticker price of a 200 by $95, to $22,695 including shipping, when the car hits showrooms in the spring.

Mitch Clauw, chief engineer on the 200, says the company can cut the price because its costs are lower. The 200, he said, is built on the same underpinnings as the Dodge Dart and Jeep Cherokee, so development costs are lower. It also shares engines with other vehicles.

"It allows us to give more value for the same cost," he says.