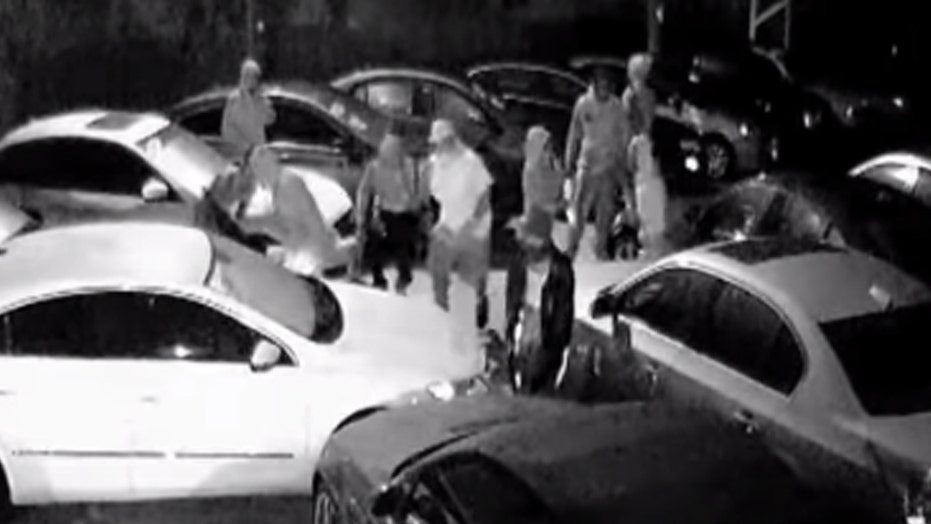 The Tampa Police Department is searching for about 10 suspects seen on video in a brazen burglary stealing at least eight cars from a Tampa car lot, Fox 13 reports.

Police said the suspects showed up in a Honda Odyssey mini-van stolen from the Orlando area.

Two suspects are seen breaking into the window of the main building, then stealing a box containing the keys for the vehicles on the lot. A suspect also takes a garbage can which was used to sift through all the keys.

The suspects, all believed to be juvenile males, each get into a vehicle while the Odyssey breaks through the gate and the stolen cars make their way out onto Florida Ave., stopping traffic at one point to flee. Seven vehicles fled eastbound, one fled westbound. 14 other vehicles were damaged as the suspects fled from the lot, police said.

Two of the eight vehicles have been recovered so far. One of them was recovered in Pasco County and another was abandoned on I-4 and recovered by Florida Highway Patrol. The suspects may be linked to a crime ring based out of Orlando, investigators said, and they may be trying to continue their crime spree in Tampa.

Police are asking car dealers to take precautions by increasing the lighting on the lots, locking all car doors, and removing the keys from the property.