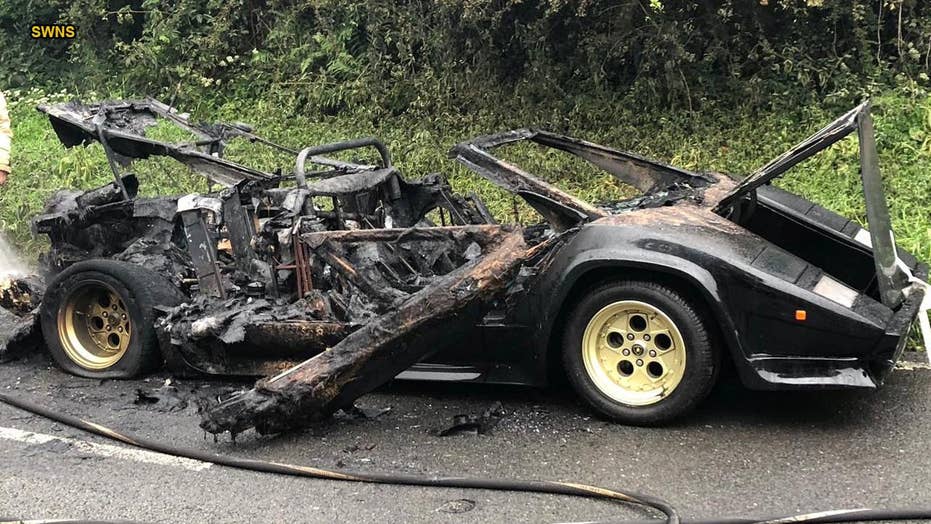 Bankrupt billionaire James Stunt's Lamborghini Countach was found reduced to a burnt-out wreck on the side of the road. The car's engine and passenger compartments were completely destroyed in the blaze, according to pictures of the wreck. Authorities have said the cause of the blaze is as of yet unknown. Stunt is not believed to have been in the car at the time of the incident.

A classic Lamborghini Countach owned by bankrupt British billionaire James Stunt was found burned to the ground on the side of the road last week.

Photos of the car show its entire engine and passenger compartments destroyed. The cause of the blaze is as of yet unknown. The car had the number plate 1 57UNT and was one of several high-end vehicles owned by the gold trader and ex-husband of Formula 1 heiress Petra Ecclestone.

Stunt was recently barred from selling his cars and other assets by the court, The Sun reported. He is not believed to have been in the car, which had an expired registration, at the time of the incident.

Witness to the blaze Michael Segal, 76, said "the man claiming to be the owner was a black man with dyed green hair. James Stunt wasn't here."

A Countach in good condition could be worth $500,000 or more, however, SWNS reports that Stunt’s open-top version may actually be a kit car rather than a conversion of an authentic Lamborghini.