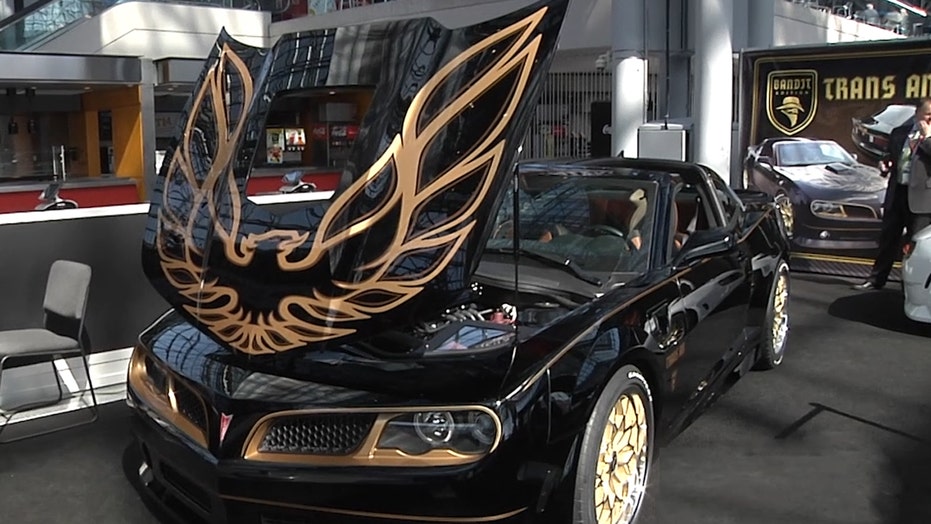 Return of the Trans Am

Trans Am Worldwide has resurrected an American classic in the form of a modern muscle car.

If it’s good enough for Burt…

Trans Am Worldwide, the Tallahassee-based outfit that turns fifth-generation Chevy Camaros into modern interpretations of their historic Pontiac Firebird twins, has unveiled a tribute to the car that starred in the 1977 film “Smokey and the Bandit.”

The Bandit Edition is a Camaro SS that’s been redesigned with the Trans Am’s signature split grille, quad square headlights, ground effects, and a massive rear lip spoiler. Snowflake wheels, a black and gold paint job, a “Screaming Chicken” decal on the hood, and T-Tops complete the iconic look.

And it’s not all show, no go. It gets a thorough mechanical makeover that includes a lowered, tuned suspension, a cold-air intake 7.4-liter General Motors V8 supercharged to 840 hp with help from GM-engine specialist Street Legal Performance, and a Hurst close-ratio, short-throw shifter on six-speed manual models.

The interior is dressed in custom leather trim and a set of retro-faced gauges. It’s emblazoned all over with its own “Bandit” logo depicting the profile of a man in a cowboy hat with a bandana over his face, and has Burt Reynold’s authentic signature on the dashboard.

Only 77 Bandits Editions will be built. The price is $115,000, but Trans Am Worldwide offers a range of models that start at around $70,000, which includes the donor Camaro SS. Three performance packages are available to boost its stock 6.2-liter V8 to 550 hp, 650 hp, or 720 hp, and if Trans Ams aren't your thing, they also do a GTO-inspired car.