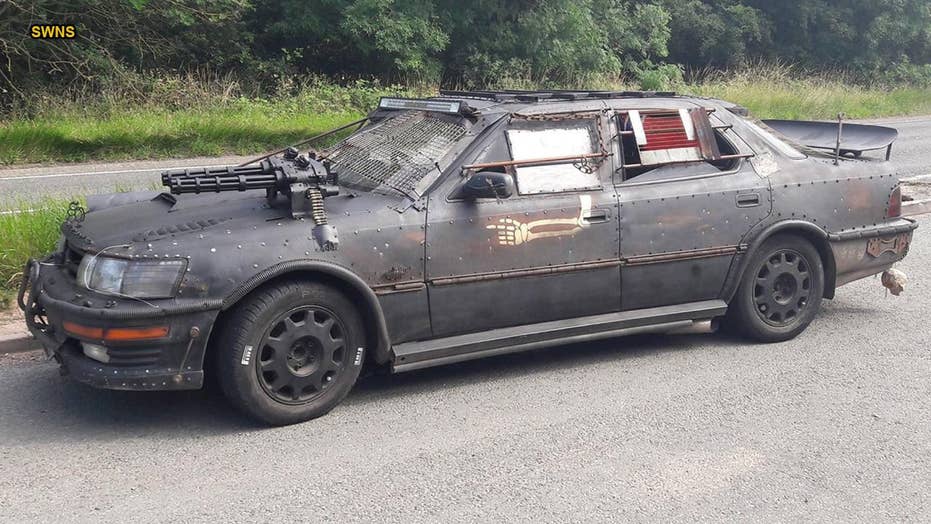 Armed cops in the English town of Herefordshire swarmed a car with machine guns mounted on the hood, while it was parked at a rest stop. The police later discovered a polite driver who told them the car was a broken down replica from the 'Mad Max' movies.

At least he doesn’t have to "face the wheel."

Some folks in the English town of Herefordshire were terrified on Tuesday when they saw a car with machine guns and metal window guards mounted to it and called the police.

Officers with their own firearms brandished swarmed the sedan as it was parked in a rest stop, only to discover a polite driver who told them it was a just his movie car that had broken down and that the guns weren't real, SWNS reported.

According to Herefordshire police, the car was from a “Mad Max” film, but it appears to be a replica rather than an authentic prop.

One response to the police tweet about the discovery included photos of what appears to be the same car from January when it was in an earlier state of conversion.