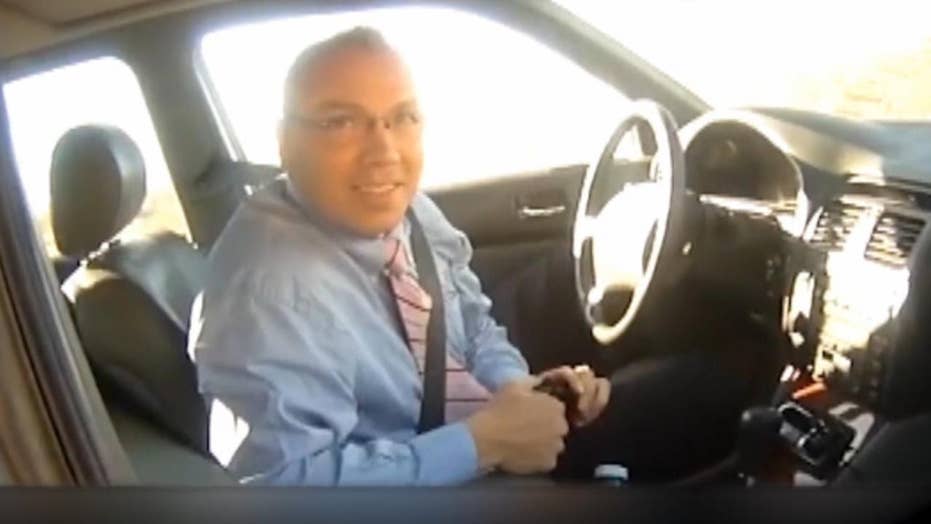 Arizona state Representative Paul Mosley has been pulled over seven times in the last 18 months as a state lawmaker.

Arizona lawmaker Paul Mosley has pleaded not guilty to a charge of excessive speeding, two months after a police bodycam was released that showed him bragging about driving 120 mph.

The Republican representative was pulled over in March for driving 97 mph in a 55 mph zone, but wasn’t ticketed on the scene after claiming legislative immunity.

Arizona law protects legislators from “civil process” for some violations while the legislature is in session, but speeding isn’t one of them.

Three weeks after apologizing for the video, in which he claimed he often drove at triple-digit speeds and that his Lexus sedan can do 140 mph, Mosley was given a citation for the March incident by the Cochise County Attorney’s Office.

A warrant for Mosley’s arrest was then issued on Sept. 6 after he failed to appear at a scheduled court date, but The Arizona Republic reported that it appears he never received the summons for the hearing. News of the warrant broke on Wednesday, which led to Mosley heading to court Thursday afternoon.

Mosley was released without bail ahead of his next court appearance on Oct. 18. He faces up to 30 days in jail and a $500 fine if convicted.

Records show that Mosley has been pulled over at least seven times while in office. The scandal contributed to the first-term legislator’s primary loss in August.