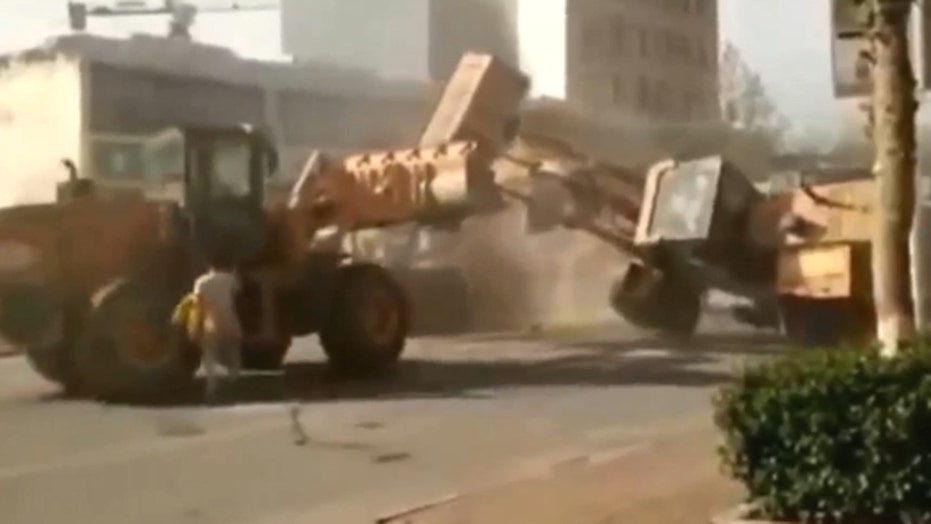 MOST WATCHED: Bulldozers battle in China as workers clash

Police in northern China say an argument between construction workers escalated into a demolition derby-style clash of heavy machinery that left at least two bulldozers flipped over in a street.

In online video taken Saturday, several bulldozers are seen ramming each other while passenger cars scurry away from the cloud of dust.

The video shows one driver running unhurt out of his toppled bulldozer, a fast-moving type also known as a wheel loader, while a friendly bulldozer tries to lift it back up.

The construction workers were from two companies competing for business, Xu Feng, a local government spokesman in Hebei province's Xingtang county, said Monday. He said he couldn't disclose details about arrests or injuries until an investigation concludes.

China's construction sector has fallen on hard times, with growth down by two-thirds from its peak a decade ago. Real estate construction represents close to a quarter of China's economy, a far higher proportion than other major countries, and its slowdown is now sending ripples through industrial sectors such as steel, glass and cement, causing waves of layoffs.